Where the Rainforest Meets the Sea


“In a remote and lush corner of southern Costa Rica lies a realm of giant trees, potbellied spider monkeys, harpy eagles, prowling jaguars and herds of white-lipped peccary. This is the Osa Peninsula and there is no place in the world like it.”

– Trond Larsen, Osa: Where the Rainforest Meets the Sea 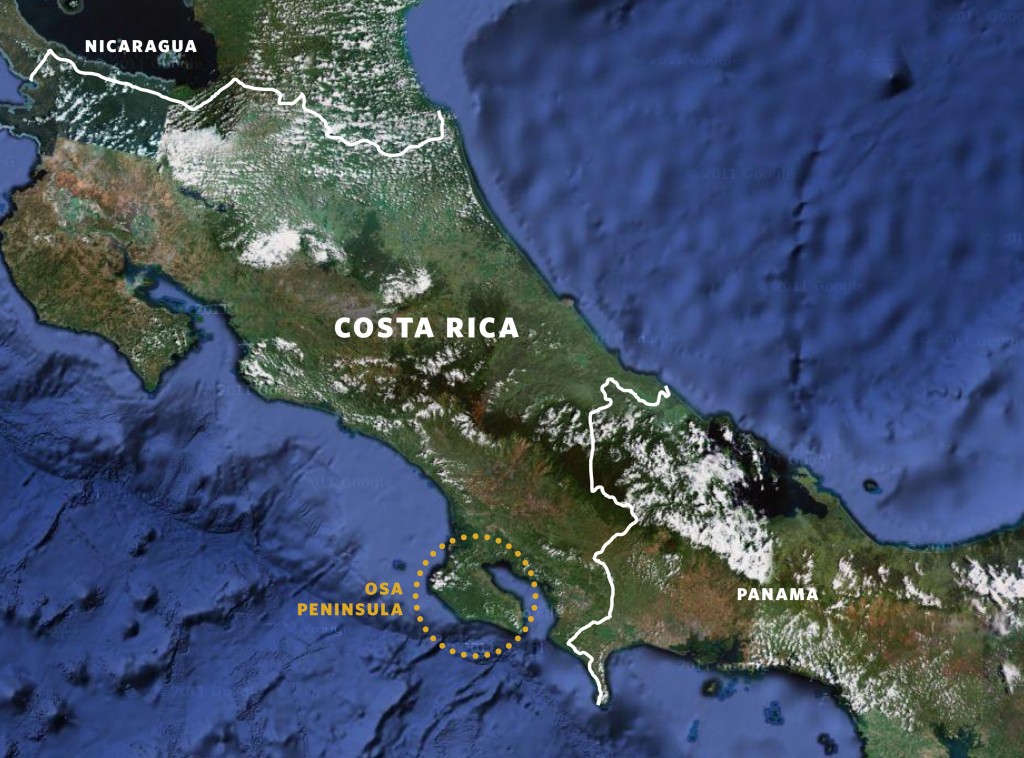 The most biologically intense place on earth

Named by National Geographic as “the most biologically intense place on earth,” the Osa Peninsula is a true jewel of land, water, and life. Covering an area of just 700 square miles on the southern Pacific coast of Costa Rica, the Osa’s geological history makes it home to a nearly unparalleled amount of biodiversity.

Once an island floating in the Pacific, the Osa evolved in isolation until it merged with mainland Costa Rica by way of the same fault system that extends to California. Located along the Central American isthmus, Costa Rica itself is a hotspot of biological diversity, as innumerable species poured into the land bridge created when the two American hemispheres joined together. When the Osa Peninsula joined the mix nearly 2 million years ago, the area became a tropical landscape of unprecedented richness. The Peninsula is estimated to house 2.5% of the biodiversity of the entire world – while covering less than a thousandth of a percent of its total surface area – truly earning its title as the most biological intense place on earth. 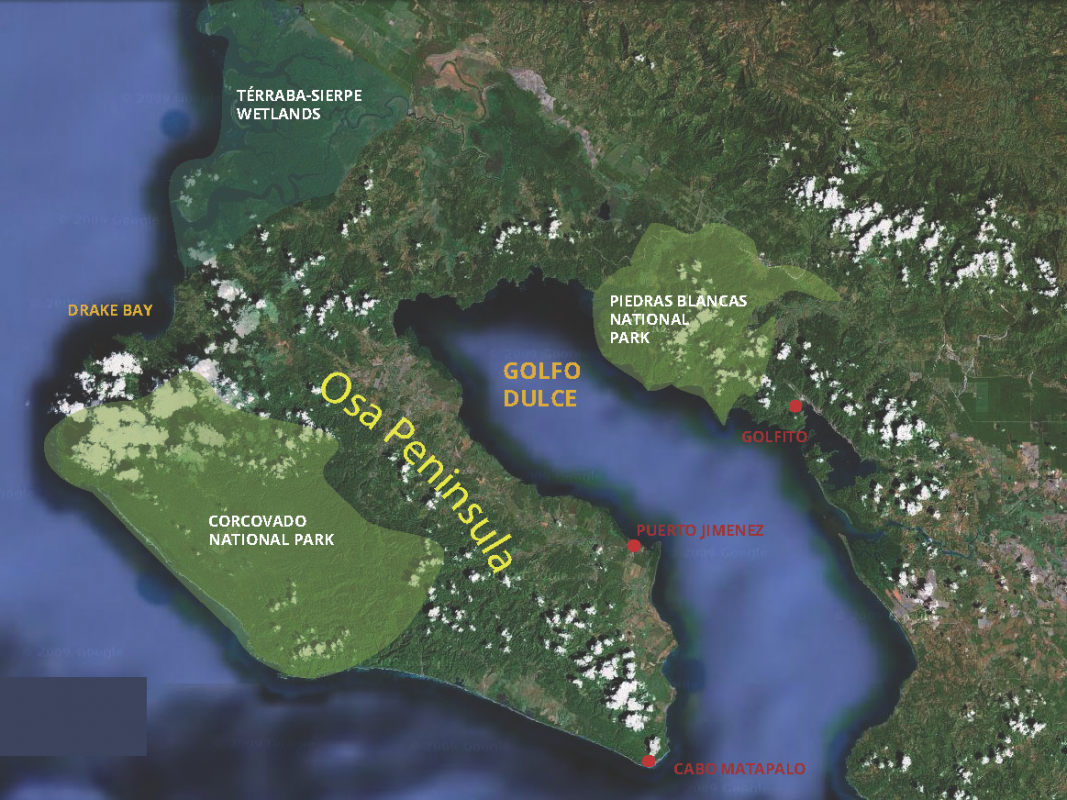 One of the last places in Costa Rica to be settled and still sparsely populated, the Osa is covered almost entirely in magnificent, virgin rainforest extending all the way to the Pacific Ocean. Separating it from the mainland is the Golfo Dulce – one of only four tropical fjords on the planet. The Golfo Dulce is in fact the only place on the globe where populations of both Northern and Southern Humpback whales meet to birth their young. The Osa packs an unparalleled amount of land and marine species and diverse ecosystems in an incredibly small area, including:

These incredible ecosystems provide invaluable services to the people who depend on them for clean air, drinking water, food, jobs, cultural resources and a stable climate – and so their conservation is critical.