Posted at 15:52h in Uncategorized by Intern Osa Conservation 0 Comments

Few things are more fascinating to layperson and scientist alike than animal behavior. For some, this simple fascination can ultimately fuel a lifelong passion for discovering why animals do what they do. Perhaps no better example is the Nobel Prize-winning biologist Karl von Frisch, who, as one of the founding fathers of animal behavior, spent decades studying the social behavior of bees. It may at first seem puzzling how someone could devote such prolonged study to just one critter, but von Frisch explained it quite easily, remarking: “The bee’s life is like a magic well: the more you draw from it, the more it fills with water.” And so too for countless creatures: the more we learn about their behavior, the more new and exciting questions it raises, which keeps us coming back for more.

The tropics is an unsurpassed place for such intellectual seeds to flourish. In 2008, I first stepped foot in Osa, just as Osa Conservation was opening its field station. And I’ve been coming back to the Osa nearly every year since, first as a graduate student, then a postdoc, and later a professor, with 2018 now marking a full decade of studies in the Osa (hopefully with many more visits to Osa still to come during the ensuing decades!). Each year I return to the Osa, I fall in love with its amazing wildlife once again. Most of my time is spent studying social animals, ranging from ants to birds to primates. But it is Osa’s most abundant and dominant beach denizens—the terrestrial hermit crabs (Coenobita compressus)—which have been the object of my scientific obsession since 2008. 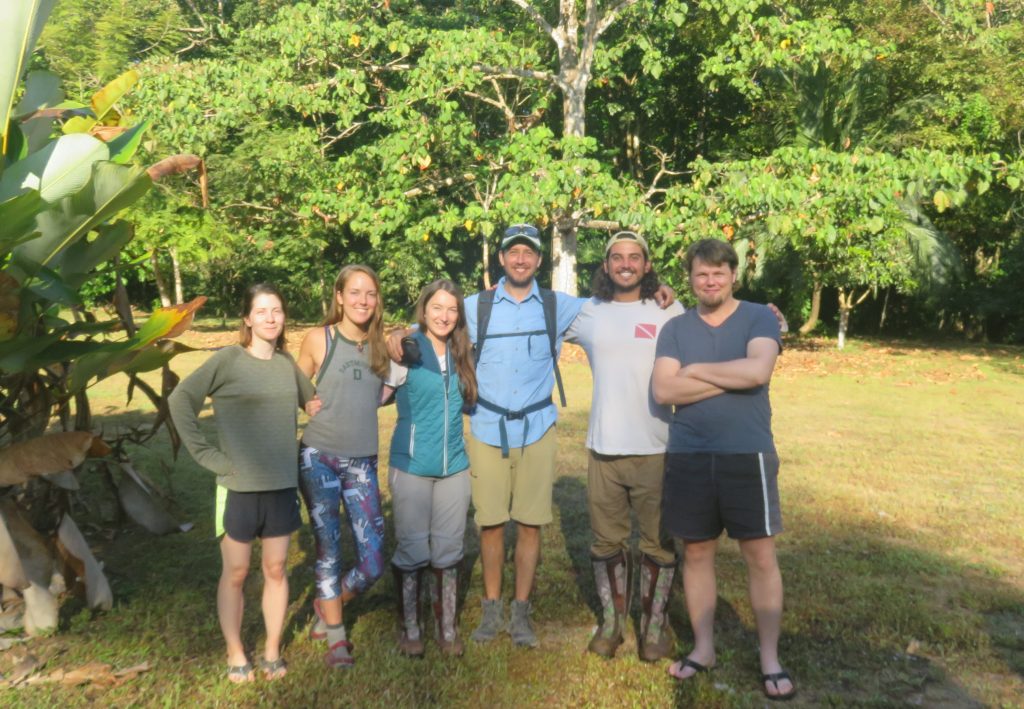 These ‘social hermits’ have an especially complex social life, one which revolves around a housing market of architecturally remodeled homes, passed down across generations as an extra-genetic inheritance. In contrast to social insects (e.g., the bees von Frisch studied), which mostly live among close genetic kin, social hermits live together in what is effectively a vast city of non-kin. Among these unrelated individuals, there is a constant tension between conflict and cooperation, which permeates the very core of their societies. This social drama, combined with these animals’ unusually rich behavioral repertoire and amenability to field experiments, provides a fascinating system reflecting the evolution of social life. Indeed, social hermit crabs never cease to reward curiosity and persistence with further exciting scientific discoveries. 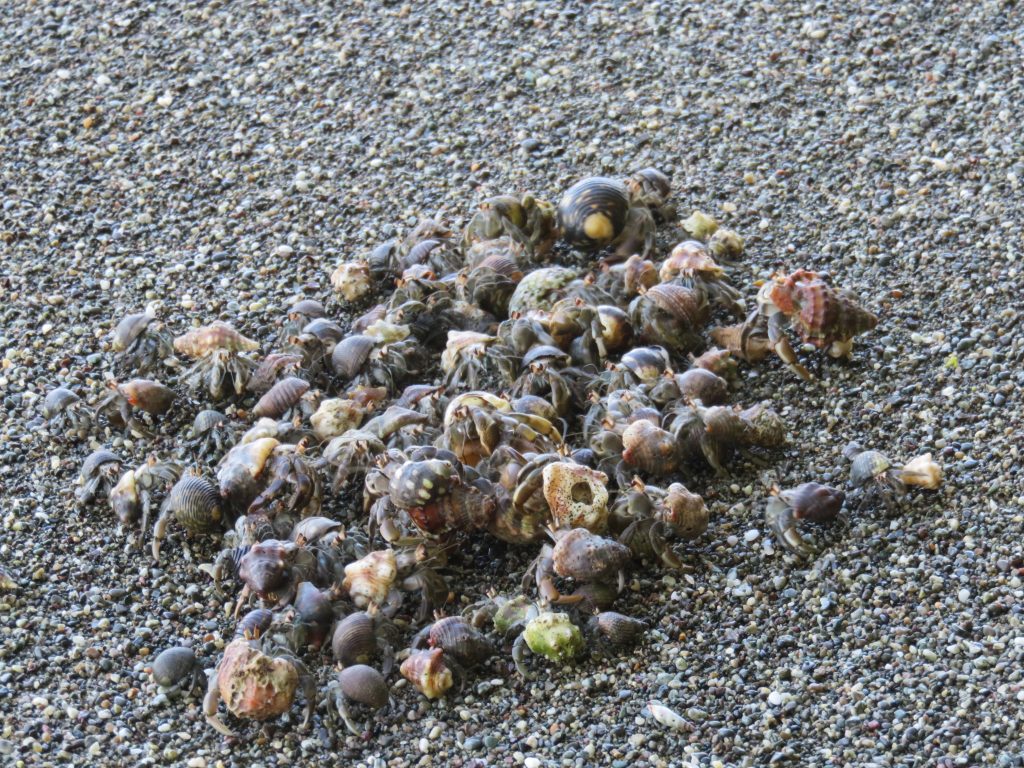 This past field season was no exception. From January to March 2018, myself and five members of my lab from Dartmouth continued to dig deeper into the social lives of these amazing animals. Our experiments over several months spanned the intellectual gamut from the architectural foundations of social privacy; to the evolutionary loss of displays; to ecological constraints on vision; to massive chemically-mediated funeral celebrations; to coded messages sent via substrate-borne vibration through the beach sand. During August 2018, at the International Society for Behavioral Ecology, we presented scientific talks on these studies, including:

The many fascinating questions that can be addressed with social hermit crabs reinforces von Frisch’s important point about the ‘magic well’: the magic arises through continued focused study of a particular organism, ultimately enabling deep insights into a topic of fundamental interest. In our humble opinion, the best recipe for science is therefore simply letting an inherent pleasure in discovering new things about nature drive ever deeper exploration of one’s favorite magic well. And Osa is perhaps the most magical well one can imagine for discovering new things about nature. Hope we’ll bump into you there during our next field season.