Southern Costa Rica is home to two of the most important areas to conserve in Central America: the Osa Peninsula and the Talamanca Mountains. The Osa Peninsula is the most biodiverse region of Costa Rica and contains Corcovado National Park and Piedras Blancas National Park. Deemed one of Mesoamerica’s “5 great forests,” the Talamanca Mountains contain the largest altitudinal variation in a protected area complex in Central America. The mountain range hosts La Amistad International Park, which spans from Costa Rica to Panama.

Today, on Costa Rican National Parks Day, we celebrate the strides taken to conserve these incredible parks, the dedicated individuals who work tirelessly to safeguard them, and the steps ahead to ensure their protection long term. 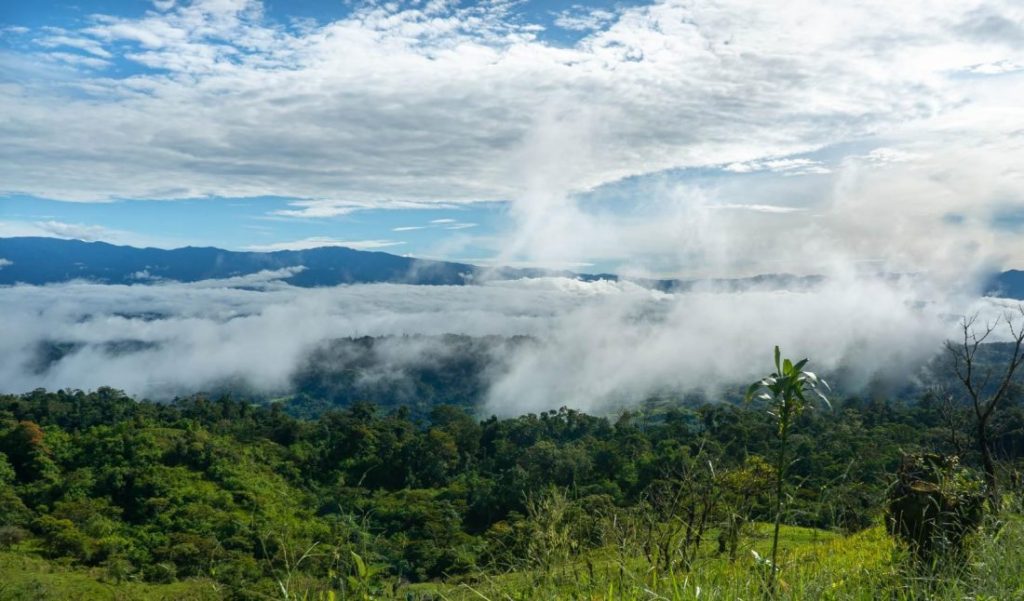 A cloudy morning in the Talamanca Mountain Range, which includes the highest point in Costa Rica. Photo: Lucy Kleiner.

Osa Conservation has been dedicated to conserving the biodiversity of the Osa Peninsula and its national parks since 2003. We work closely with National Park rangers to increase the control and protection of Osa’s national parks and biological corridors. Our restoration and rewilding efforts have improved the quality across Osa’s ecosystems: rainforest, rivers, mangroves and oceans.

In order to ensure the conservation of Osa’s ecosystems long term, it is important to connect them to the next largest tract of forest in mainland Costa Rica: the Talamanca Mountains. This year, we launched the Ridge to Reef initiative to increase the region’s resilience in the face of climate change through conserving a corridor that runs from Costa Rica’s highest mountain range to the depths of the ocean floor. It is a model for cross-sectoral biological corridor conservation that can be scaled-up internationally.

The Ridge to Reef initiative focuses on increasing connectivity between the Osa Peninsula and La Amistad International Park. Our work with NASA DEVELOP shows vegetation in that corridor has decreased over the past three decades. Moreover, the Osa Camera Trap Network shows keystone species on the Osa Peninsula, such as the jaguar and the white-lipped peccary, have been cut off from other populations, which prevents genetic exchange and could lead to population collapse without proper intervention. This is our call to action. 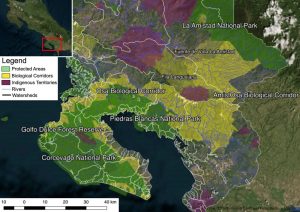 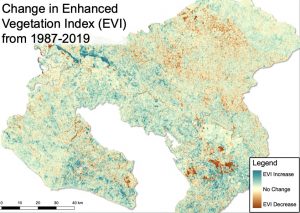 One of the first steps toward conserving this region is to determine priority areas. To assess the current state of wildlife populations, climate, and soil health, we conducted the Ridge to Reef Network Mega Survey. It is the largest altitudinal camera trap assessment ever completed in Central America.

We are combining the results of the camera trap network with land use mapping conducted in collaboration with NASA DEVELOP and the Phoenix Zoo to determine priority areas for restoration, rewilding and community outreach. 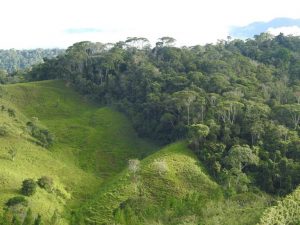 Now our team is getting our hands dirty reforesting the region, focusing on these priority areas. This year, we expanded the successful Osa Restoration & Rewilding Community Network up to the Talamanca Mountains. So far this year, we’ve planted over 18,000 native trees with the local community.

The Ridge to Reef initiative involves the conservation of all ecosystems. Over the next few years, our conservation efforts will touch coral reefs, seagrass beds, mangroves, rivers, highways and mountain tops.

Stay tuned for updates on Ridge to Reef. Feel free to reach out to get involved. 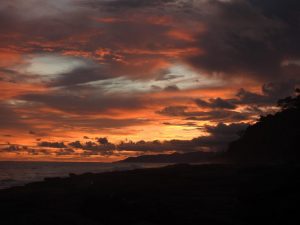 Sunset over Corcovado National Park, a prime example of where the rainforest meets the sea. Photo: Hilary Brumberg