05 Sep Conserving the last populations of the Golfito Robber Frog

Posted at 20:42h in Uncategorized by Intern Osa Conservation 0 Comments

My name is Hector Zumbado-Ulate and I’m one of the awardees of Osa Conservation’s Alvaro Ugalde Scholarship. Currently, I am pursuing a PhD in ecology and evolutionary biology at Purdue University. Since I started my studies in biology, I felt very attached to amphibian conservation projects, especially those helping species which are currently endangered by anthropogenic causes. For that reason, I wanted to work with the critically endangered Golfito robber frog. Specifically, I want to examine why this species persists in remnant populations after going extinct in much of their historical home range. Such information is valuable to develop adequate conservation policies that can be implemented to protect these populations and encourage their expansion back into their historical habitat range throughout Costa Rica. In particular, I am studying host-parasite interactions between endangered frog populations and the fungal parasite Batrachochytrium dendrobatidis (Bd), which causes chytridiomycosis, a potentially deadly disease that threatens many amphibian communities. At least 90% of the 34 species of robber frogs have catastrophically declined or have become completely extinct since the 1980s, likely due to this taxa’s high susceptibility to this disease. I am also quantifying how environmental stress caused by climate change affects reproduction, population dynamics, and susceptibility to chytridiomycosis in remnant populations of critically endangered robber frogs. 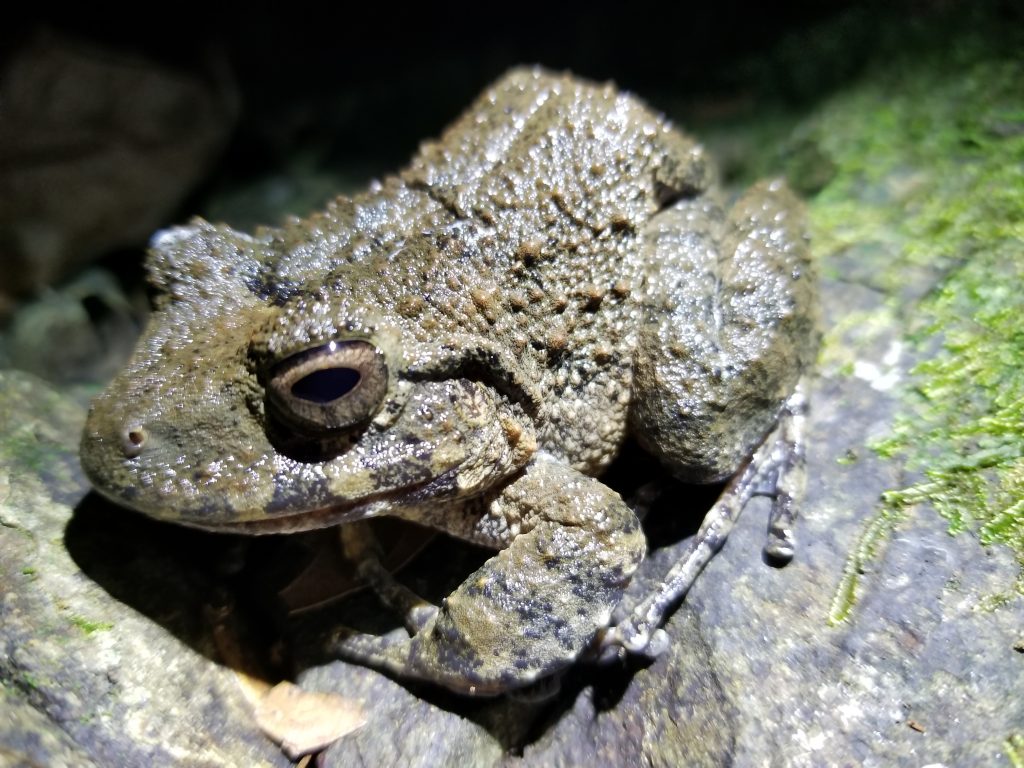 In the last decade, some populations of the Golfito robber frog have been rediscovered in the peripheral areas of their historic home range. This suggests that 1) peripheral populations may have survived environmental threats that affected core populations, 2) the slow recovery has made these declined species almost undetectable across their range, and 3) there might be more cases of remnant populations that still thrive but remain undetected. Remarkably, rediscovered remnant robber frog populations coexist with B. dendrobatidis without experiencing chytridiomycosis and the proposed project aims to identify the mechanisms that allow these susceptible frog species to coexist with this lethal parasite.

In every stream, we are conducting multiple linear transects. On every trip to the field, we characterize every transect by measuring several environmental variables such as air temperature, humidity, stream width and depth, and canopy cover, among others. We catch individuals of all occurring frog species and measure the snout-vent-length and body mass. We also swab the frog’s skin to collect Bd zoospores. Moreover, we analyze water samples to determine if the concentration of Bd zoospores varies across stream location. 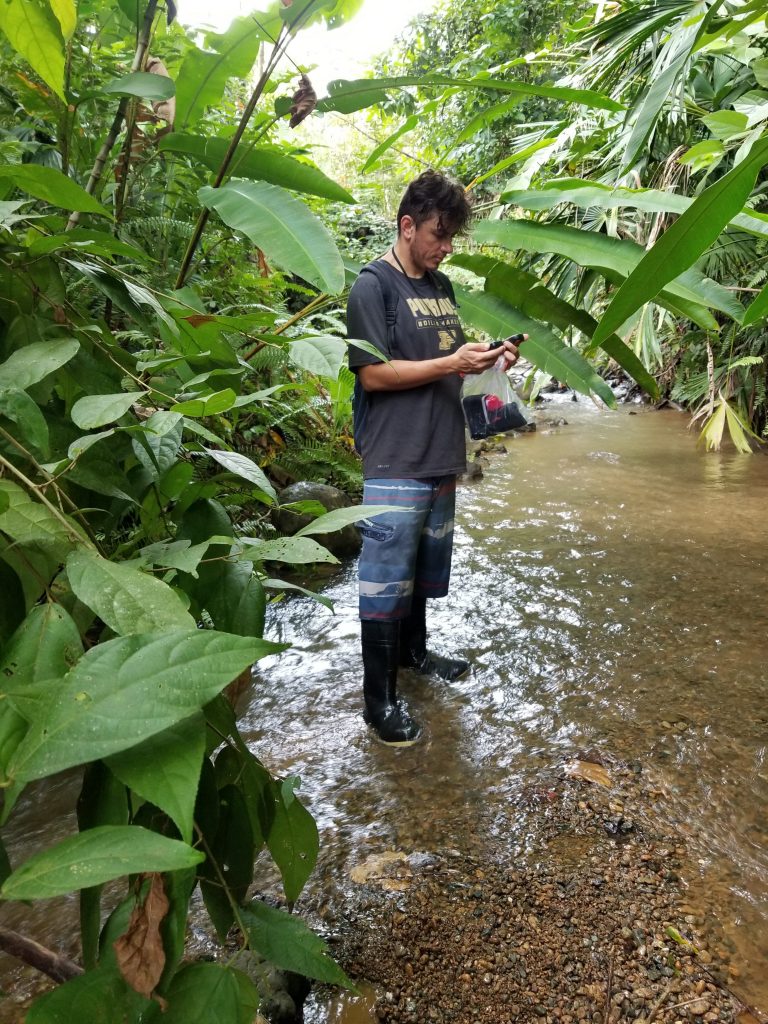 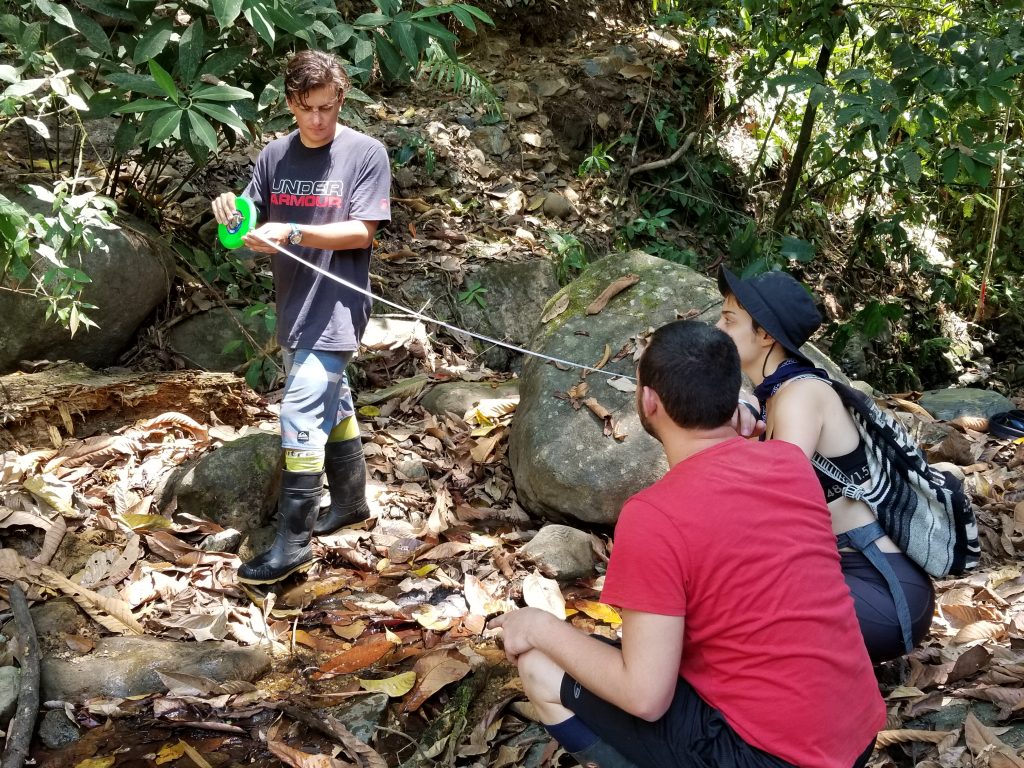 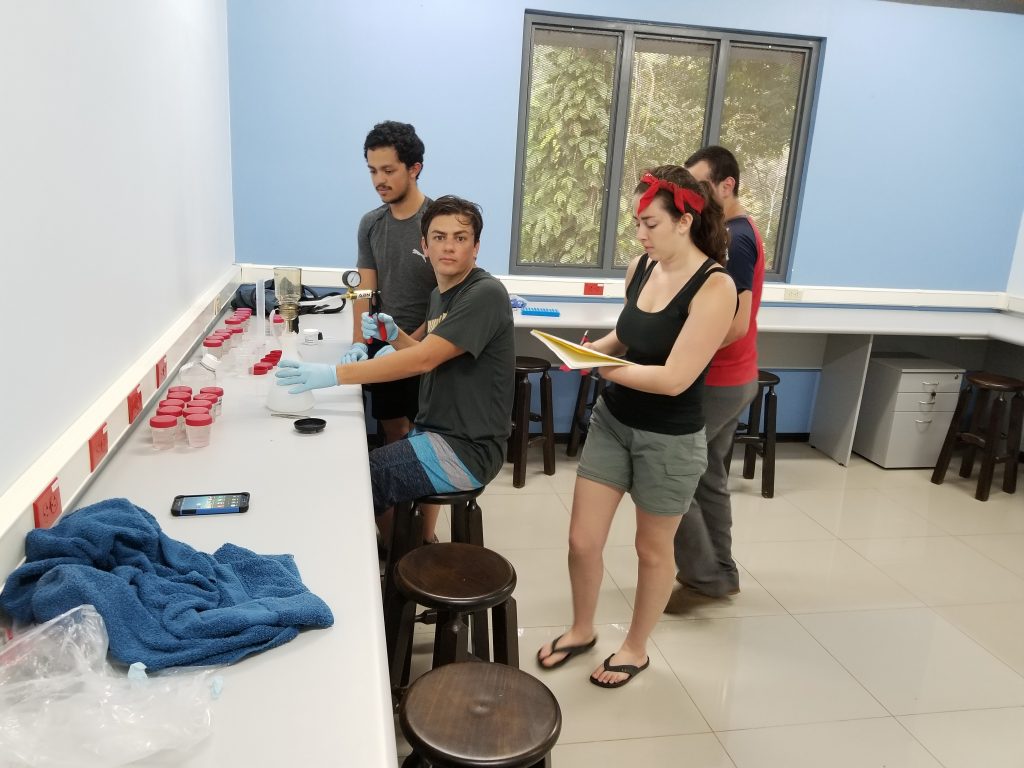 Filtering of water samples from Quebrada Agua Buena in Rincon de Osa, with the aim of detecting Bd zoospores.

I am combining my research with education and outreach activities in order to share our findings with the public and policy-makers, with the goal to create optimal conservation policies for these species. In the long term, I aim to: 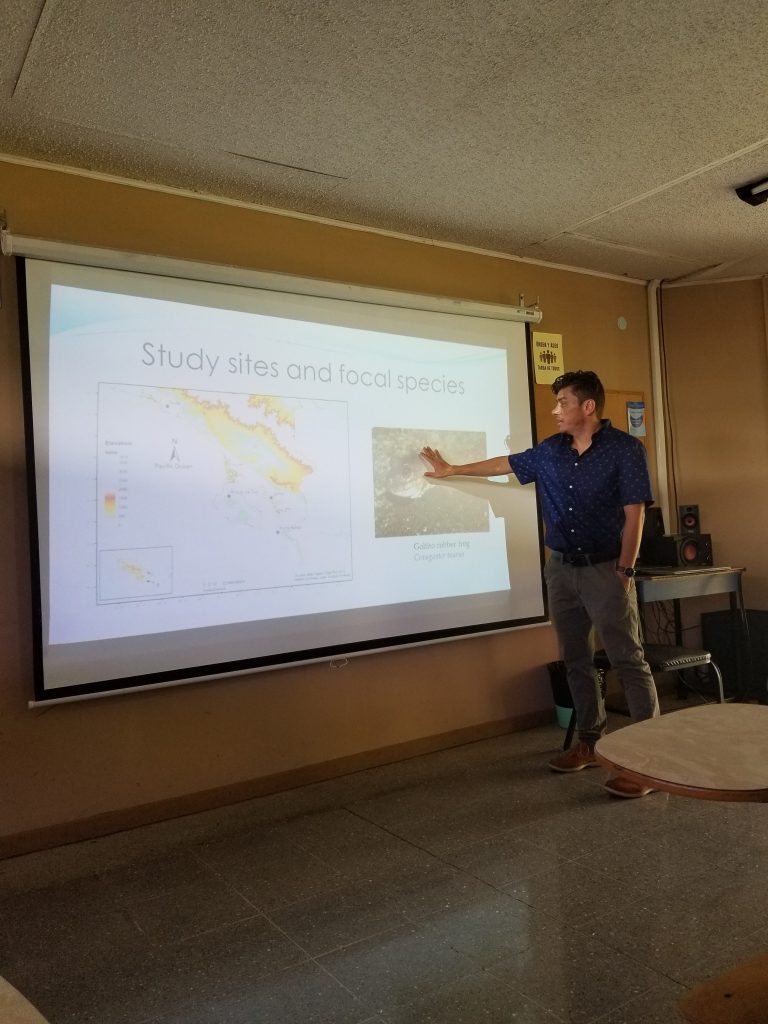