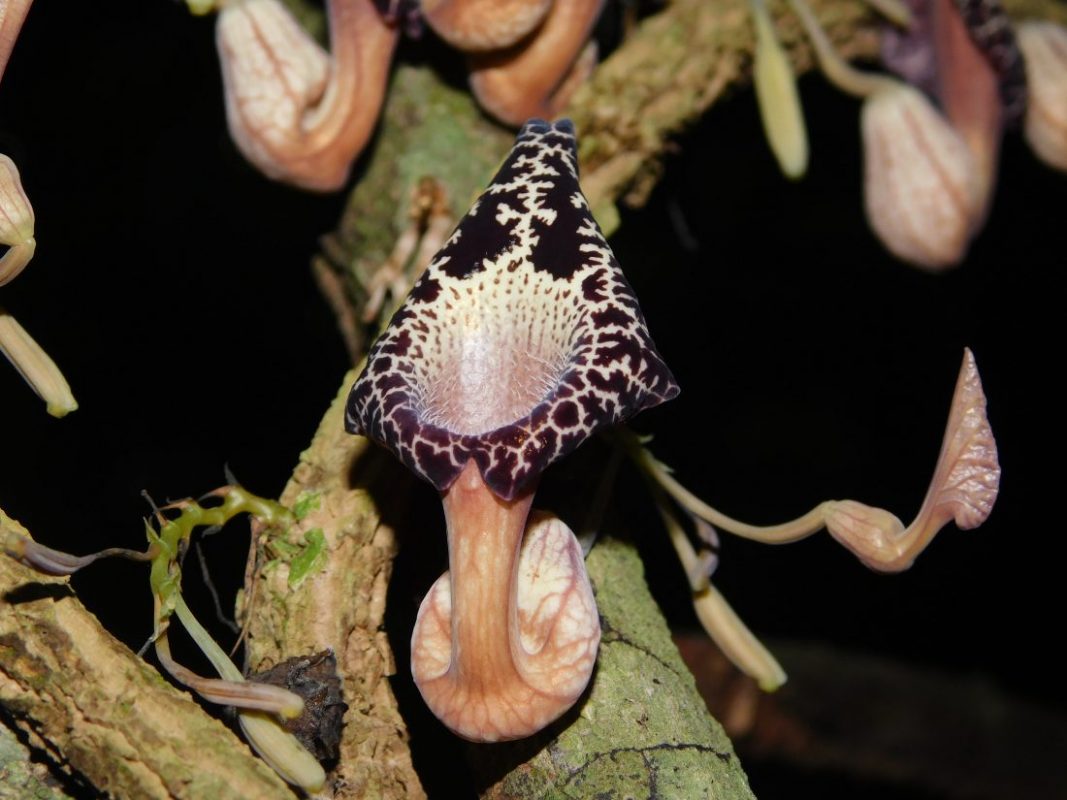 Flowers of Aristolochia goudotii, a plant commonly called pipevine, in its natural habitat. It is a woody, evergreen, twining vine of the birthwort family that produces unusual apetulous flowers, each of which features a calyx resembling a dutchman’s pipe.

I have lived most of my life here, in the Osa Peninsula, one of the places with the most extensive forest cover of my country, Costa Rica. It holds a vast diversity of plant species, some of which are still unknown to the scientific world. There have been many changes in the region but, unfortunately, some of them like the population growth and soil degradation have not been good for the local flora and fauna. 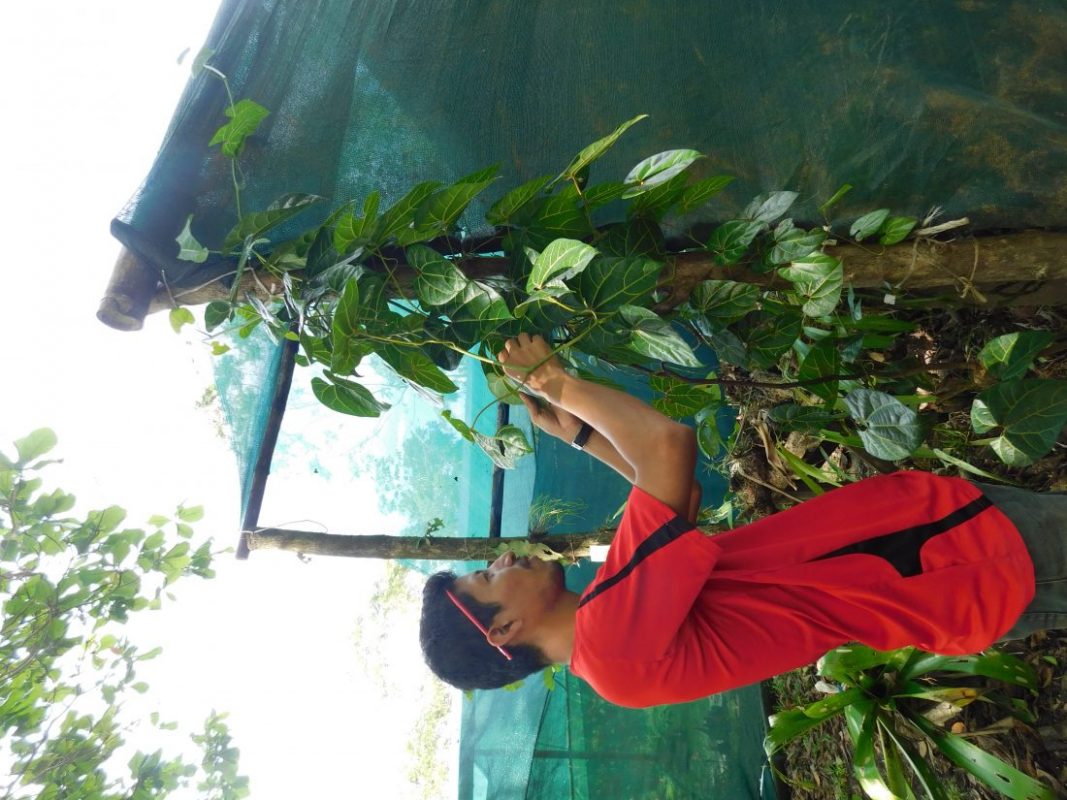 Aristolochia leuconeura, growing in the nursery. This plant is characterized by its pretty glabrous cordate leaves with leaf veins in white.

I started working in the forest almost 9 years ago and since my first day, I have not stopped learning about the flora of the region; every day I learn something new. Last year, I had the honor of joining the staff of Osa Conservation to work on the conservation of plants and their ecological processes. I have spent every New Year’s Eve in this unique place, in the middle of the rainforest, because I like to give myself lots of time to admire the vast diversity of plants. One of them is a vine full of flowers, the genus Aristolochia, commonly known as Dutchman’s pipes.  The species in this genus are characterized by a stunning pollination process. It is also said that these plants are carnivorous, but they only trap flies and other insects for a day then release them. 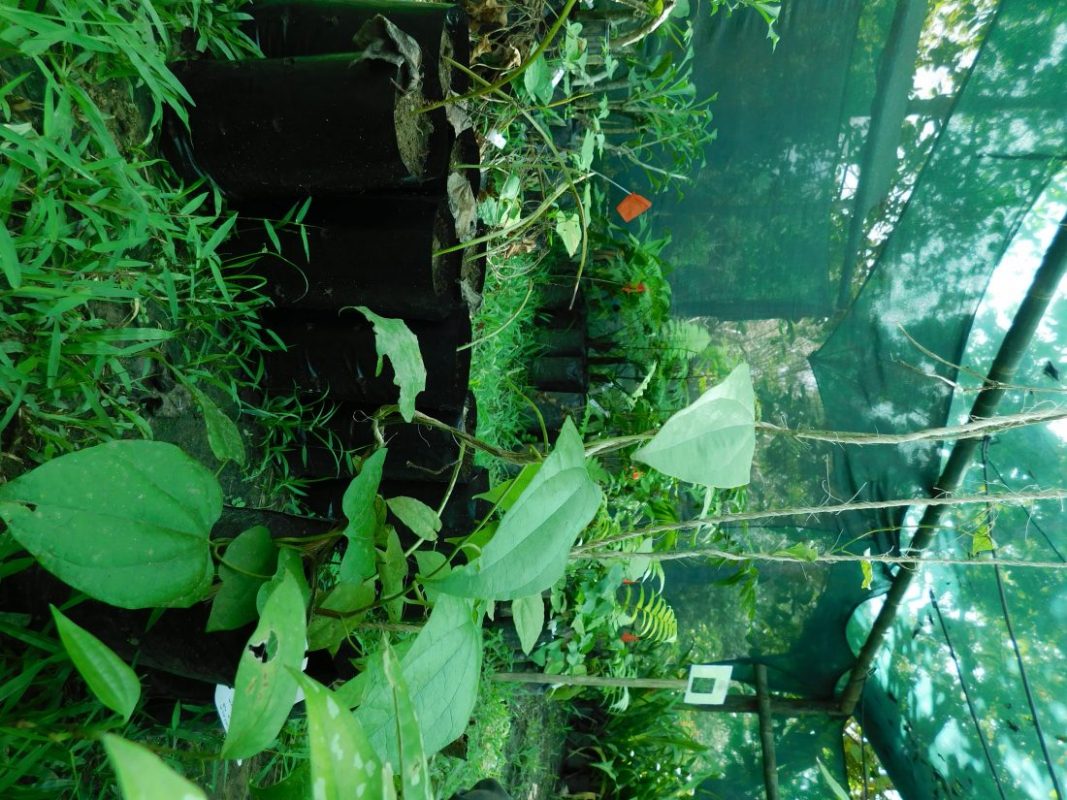 Their flowers have a tubular shape with a wide base that allows them to capture insects. The first flowering day, the flowers emit an intense perfume that smells like rotten meat to attract their pollinators. The flies then travel down the flower tube to where the receptive female part is located. The flies will get trapped inside of the flower, unable to escape due to the hairs that cover the inside. The second day, only when the flower have been pollinated, the smell disappears and the hairs wither as the floral tube widens, freeing the flies that get covered in pollen on their way out. Then, the flies will go inside another flower with fertile female organs, get trapped and pollinate the flower thanks to the pollen they were carrying. Finally, they escape the next day to start the process from the beginning. 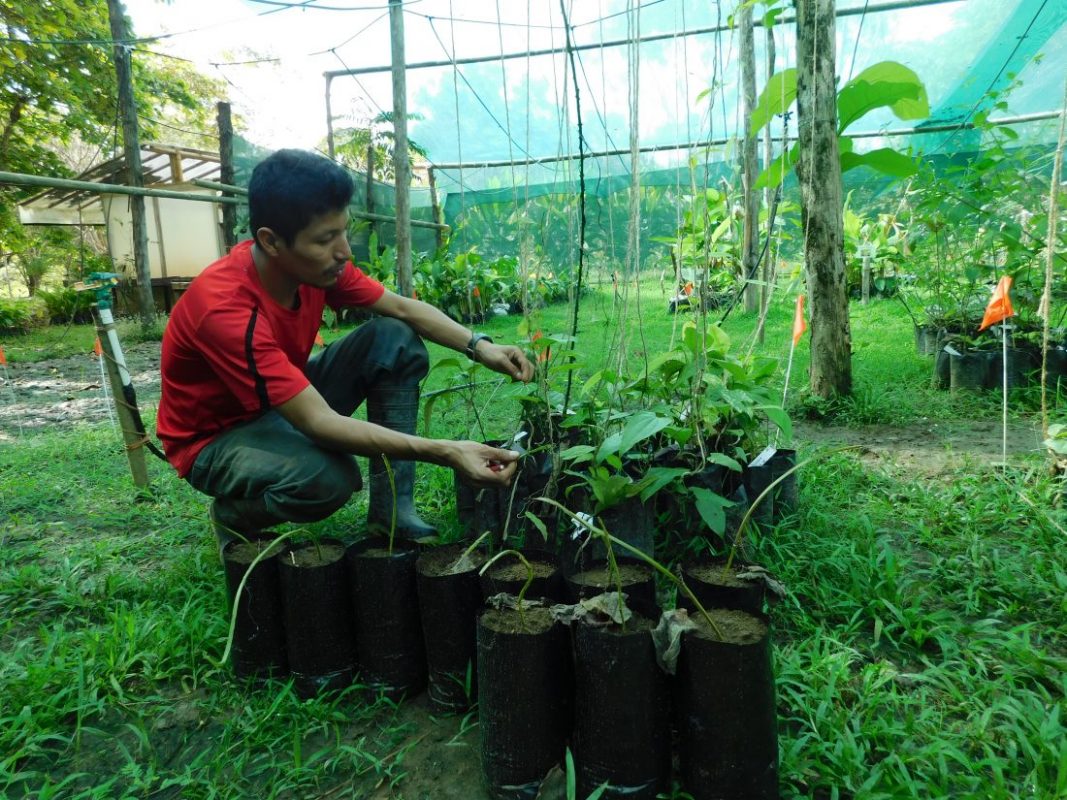 In the Osa Peninsula, there are approximately 6 species of Aristolochia. We have been able to collect 3 species and plant them in the greenhouse. We will keep looking for more species in order to learn more about this wonderful plant and its ecological interaction with flies.

I would also like to encourage all of you to come and visit the Osa Peninsula during this season because, like this plant, many others develop flowers with beautiful and striking colors. It is a present that nature gives to our eyes. During these hot months, there is nothing better than finding a tree with good shade to lay down under, rest and enjoy the beautiful landscapes and sunsets of the Osa.