05 Dec Felines and their prey in the Osa

Posted at 16:13h in Science and Research, Uncategorized, Wildcats by Osa Conservation 0 Comments 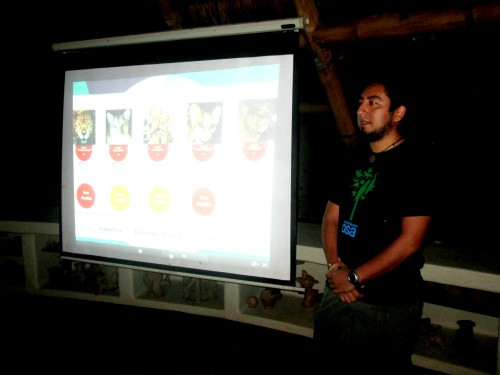 Mammals are a very important element in ecosystems, and the rainforest is no exception. Wildcats as the top predators in an ecosystem provide control for the lower levels of the food web such as herbivorous animals, which in turn control biomass production. Everything is in perfect balance, so if a top predator is missing from the ecosystem, herbivores will increase in number and that will tremendously affect the biomass production, potentially leading to ecosystem collapse.

For this reason it is highly important for us to monitor the populations of wildcats but also their prey in order to have a better understanding of the status of these species and to be able to take actions for their conservation. 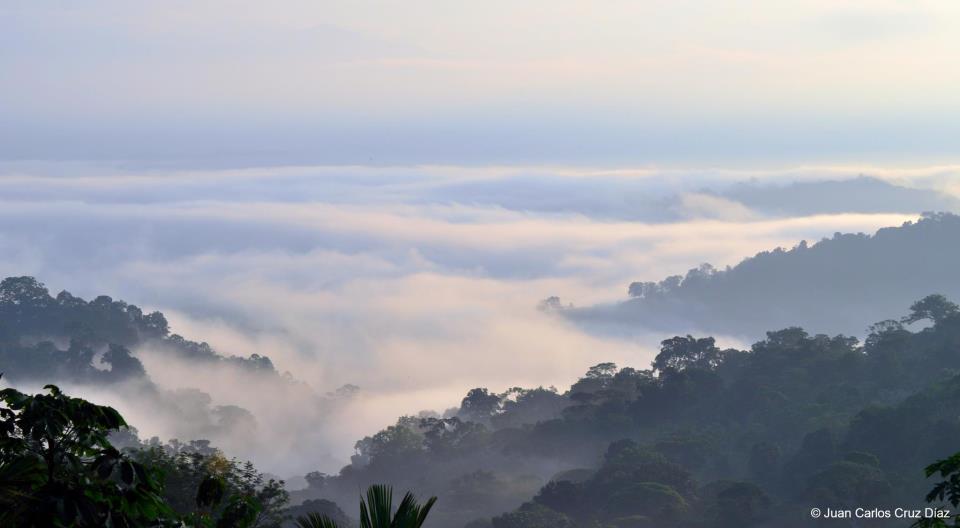 This past August we completed our first year of interrupted camera trap monitoring for mammals and other species in the Osa National Wildlife Refuge, located in the buffer zone of Corcovado National Park, one of the most important places for conservation in the world.

After one year of monitoring, we’ve gathered information on 17 species, including 4 species of felids (large cats), 11 terrestrial mammals and 2 terrestrial birds. These species are all spread among 5 different feeding guilds – groups that share sources of food. 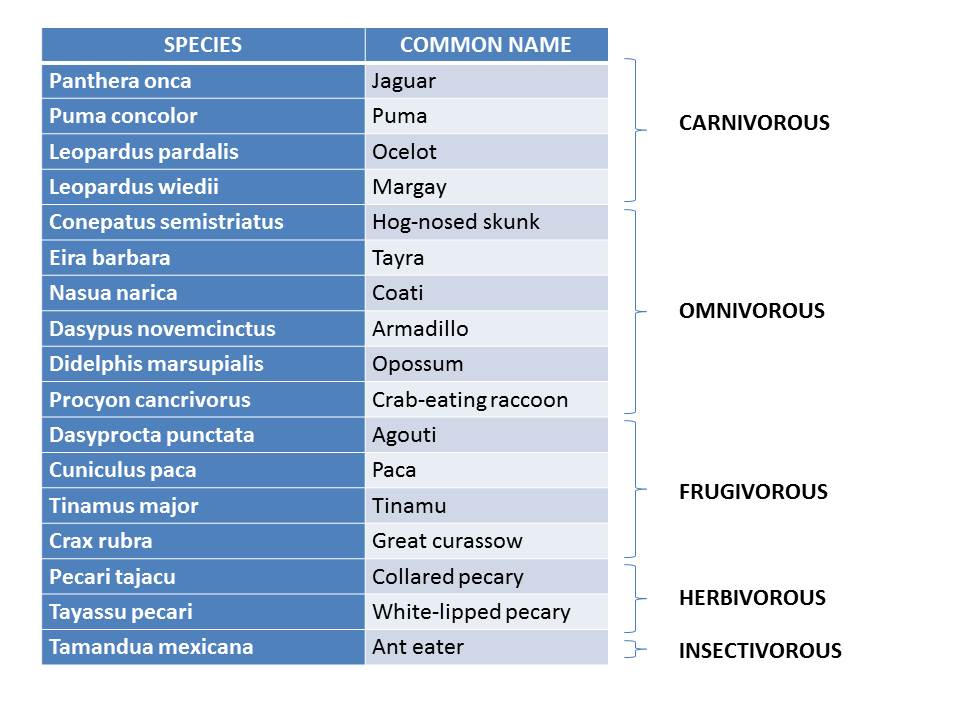 Mammal species detected during the monitoring program from 2012 and 2013.

Among the wildcats, our cameras caught four out of the five species that are distributed throughout the peninsula – the puma, the jaguar, the ocelot, the margay, and the jaguarundi. The puma was by far the most common and abundant of all the large cats we captured! The ocelot came in second followed by the margay, with jaguars pulling up the rear with just 3 captures during the whole year! 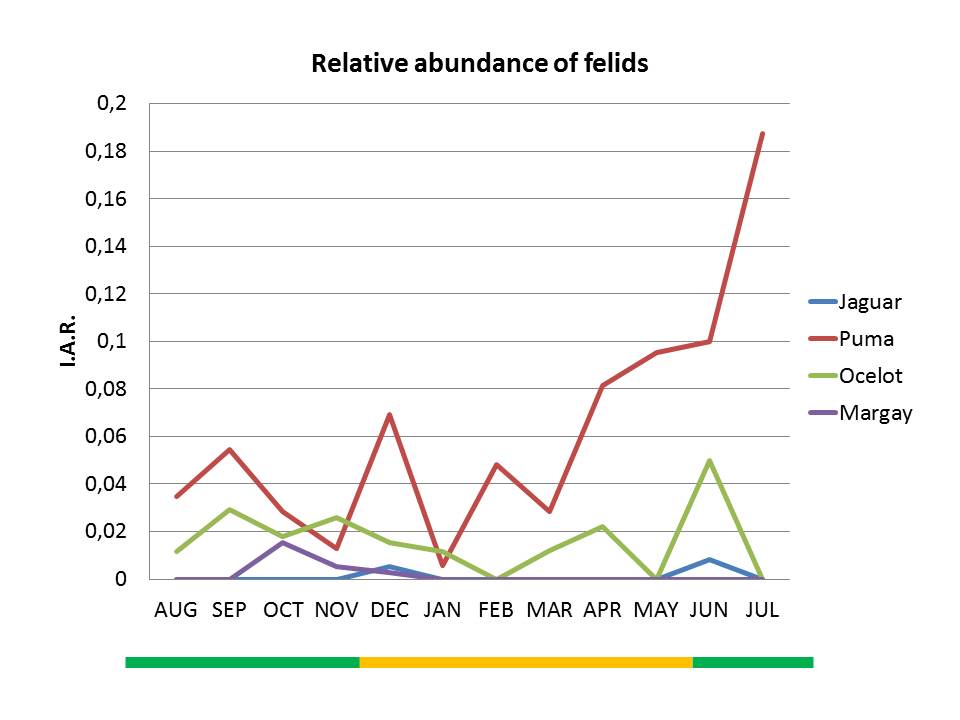 Relative Abundance of the four species of wild cats detected in our monitoring program.

We have a special interest in feline species, so this graph shows the behavior of the four different species we detected in the data. Here we can see that felines were more active and abundant at the beginning of the rainy season – although by taking a closer look you can see that the most dramatic changes occurs in the puma, whose numbers are incredibly high at the beginning of the rainy season. Although there was an increase in observation for the other species during the rainy season, they are not as active as that of the puma. 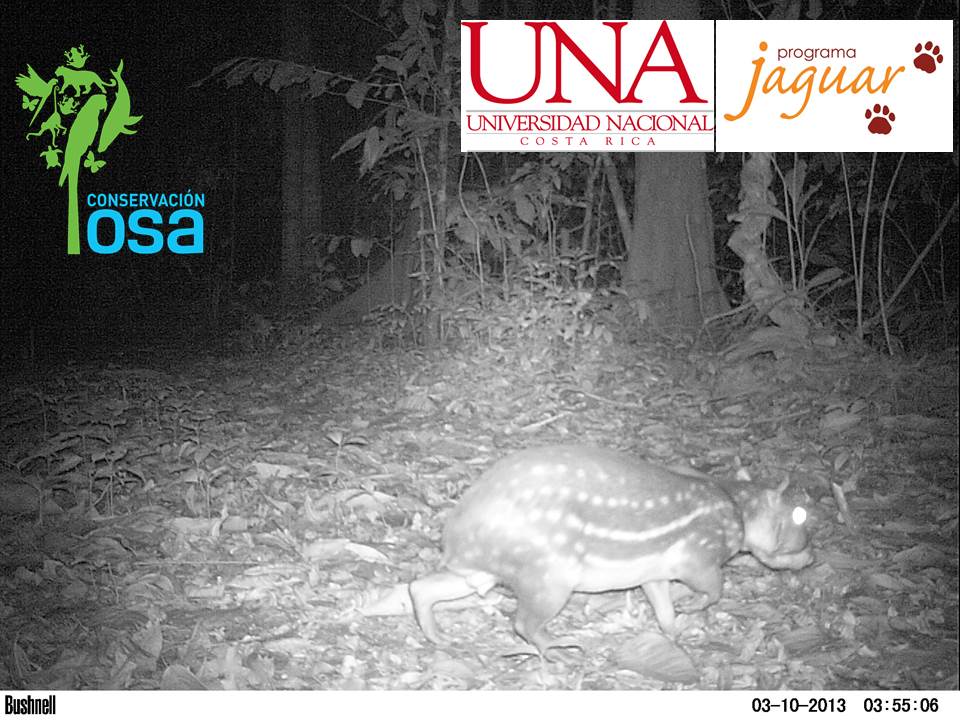 Photographic capture of a Paca. 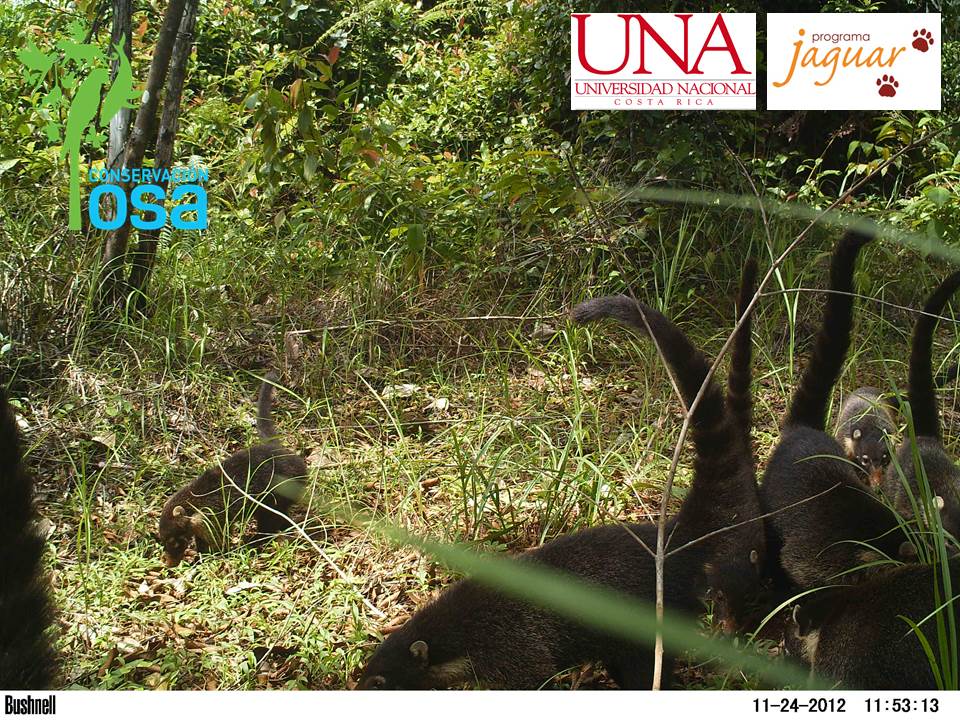 Photographic capture of a group of coatis.

In terms of behavior, we know now that the most abundant guilds are the frugivorous species – fruit-eaters – who are most abundant during the rainy season (May – November), which coincides with the peak of plant fruit production. Similarly, populations of omnivores, which eat both plants and meat, also diminished during the dry months (December – April) and rose again with the presence of rain. On the other hand, herbivores – plant-eaters – were active almost equally during the rainy and dry seasons. Finally, populations of carnivores – meat-eaters – peaked at the beginning of the rainy season, to coincide with the increase in their prey – the frugivores.

This abundance graph shows how the species that eat the same food types are dependent on factors such as rainfall for survival. In the case of herbivores that depend on fruiting trees for food, these species are limited to and dependent on the rainy season. Animals such as carnivores, which depend on herbivores as their food source, can thus also have their behavior influenced by the rainy season as a result. In this way we can see the behavior of these groups in a very general way. 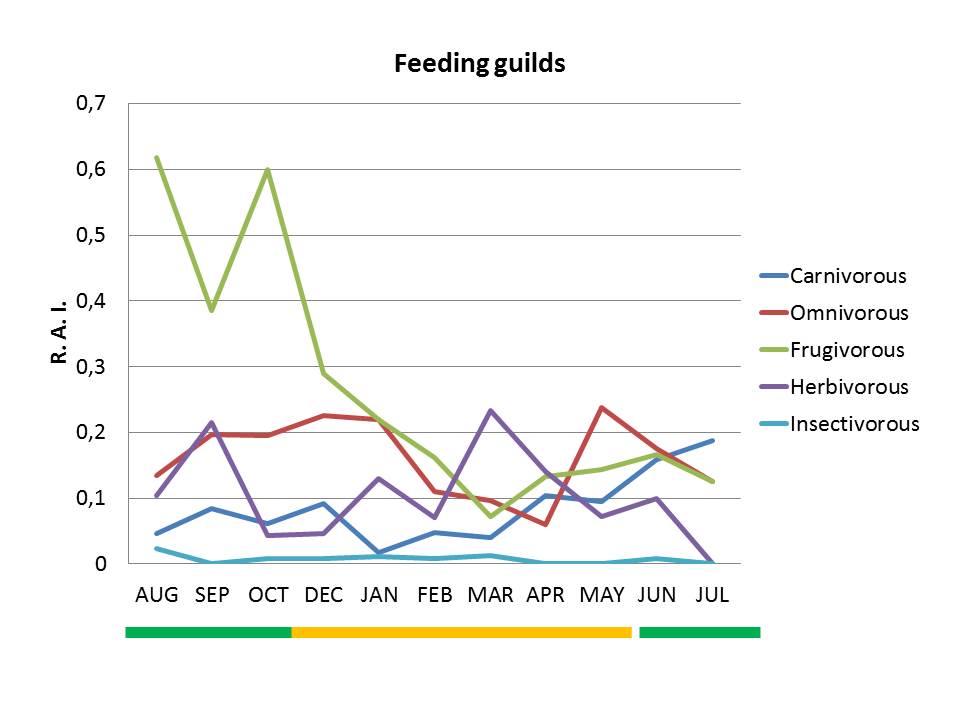 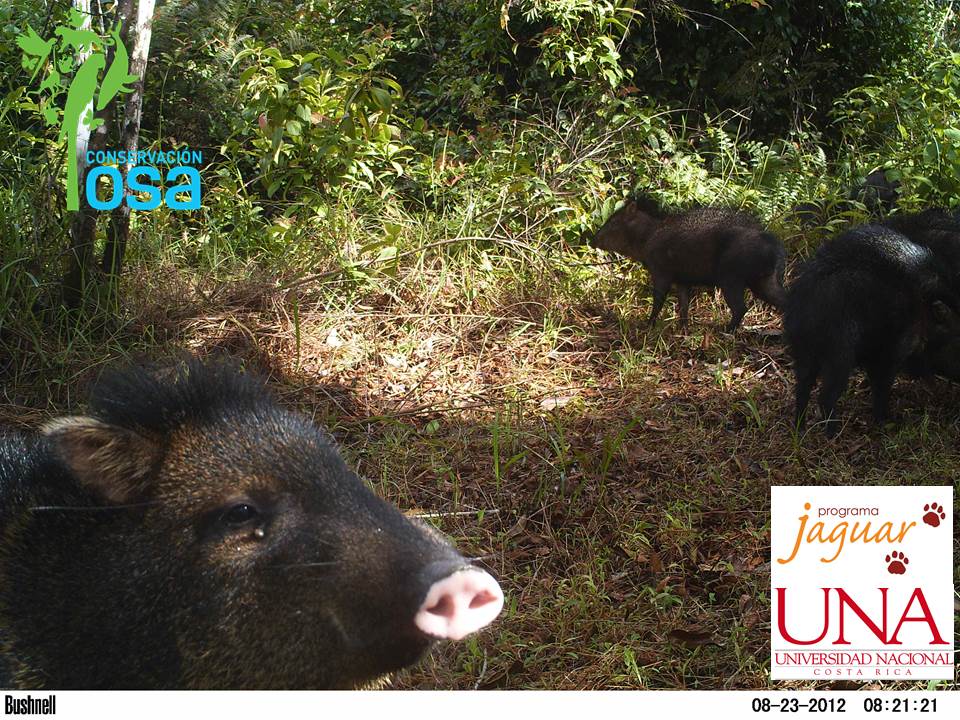 Photographic capture of a group of collared peccaries.

Almost all of the species of medium and large sized mammals are normally distributed throughout the refuge, with the exception of the tapir and the red brocket deer. However, much still needs to be done to protect the habitat of wild cats, especially in places of high importance for conservation, such as Corcovado National Park and its surroundings. For this reason, we are eager to keep working and making this effort to assure a better future for these essential species, and especially for the jaguar – a cat whose conservation status in the peninsula is extremely delicate. 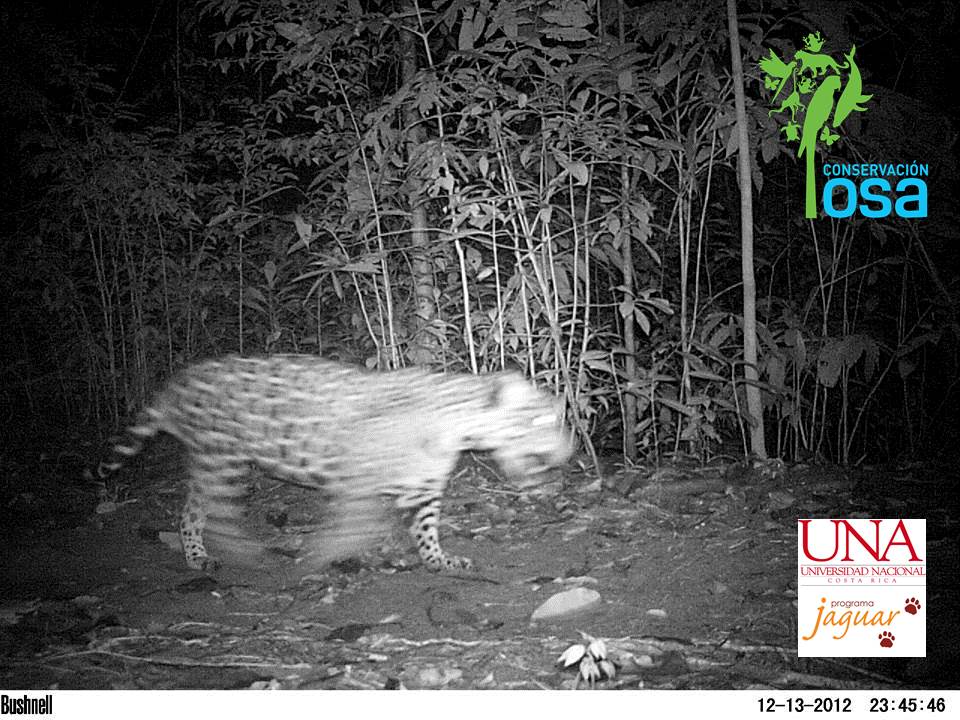 Photographic capture of a Jaguar.

This conservation effort was made possible not only by researchers but also by dedicated volunteers, donors and our followers who spread the word. Please feel free to follow our “Monitoring program for wild cats and their prey” through our blog and web page and keep yourself informed about how can you help or contribute to the conservation of wildcats in the Osa Peninsula. 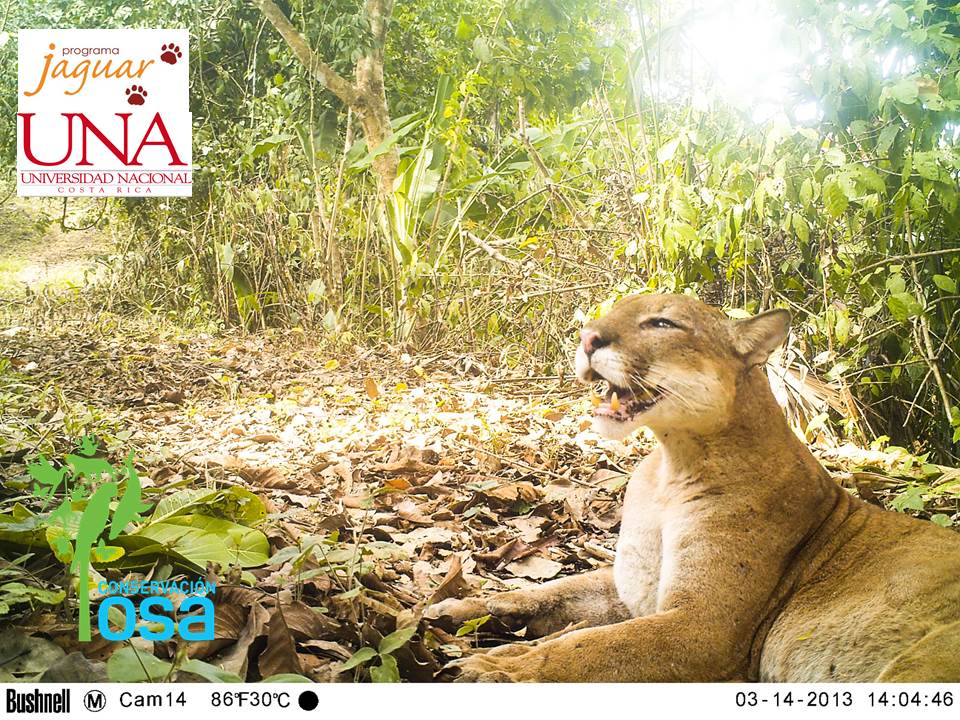 Photographic capture of a Puma.