02 Oct Hidden Treasures: The Search for Caves on the Osa Peninsula

Posted at 21:22h in Uncategorized by Intern Osa Conservation 0 Comments

The Osa Peninsula is a place where, even after hundreds of exploratory expeditions, there is always something to be discovered. As one of the world’s most biodiverse sites, the Osa is home to a vast variety of bats, most who use caves as a refuge, that have not yet been fully explored. I first visited the peninsula in 2015 to study the bats. Several of the bats that we caught in mist nets were cave-dwellers. I wondered where these bats live, since no caves are officially known on the peninsula. There were two options: bats have either changed their ecology, or there are caves we don’t know about. As a specialist on cave-dwelling bats, I was intrigued by this question and started to plan a cave exploration expedition on the Peninsula. I knew that discovering large cave systems in Osa was unlikely because of the lack of limestone that rock caves are generally comprised of, but my experience in Costa Rica showed me that small volcanic or sea caves can be as populated with bats as large caves and just as interesting. 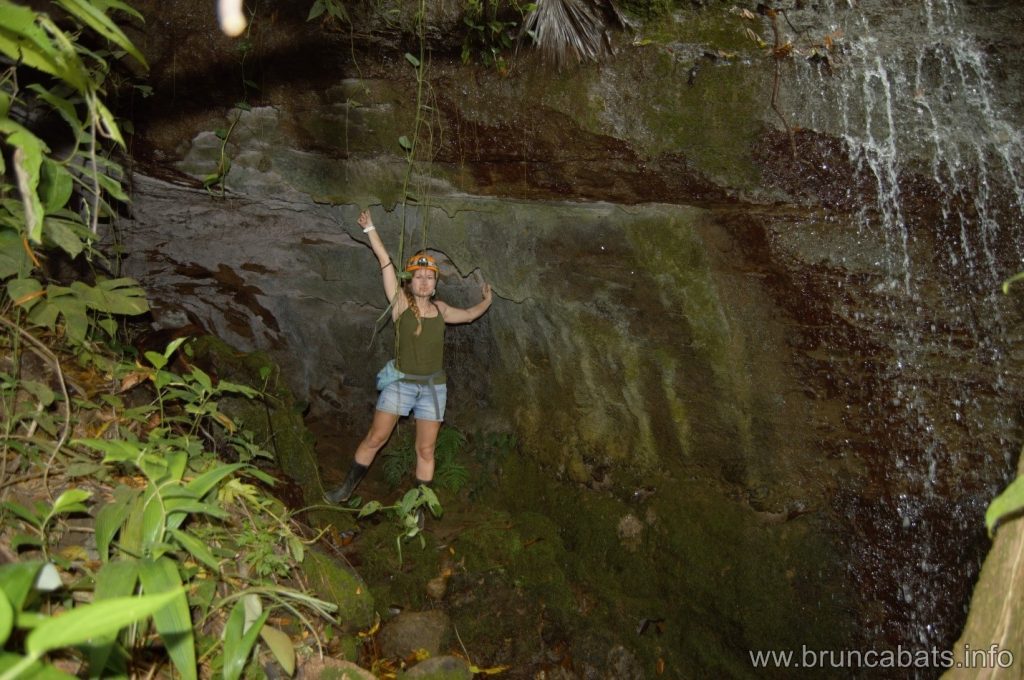 In front of the entrance of Catatatas Cave near San Josecito.

This year, thanks to the strong support of Osa Conservation, I was able to search and explore caves and other underground habitats on the Peninsula. I had previously identified several sites for searching, like an interesting old gold mine near La Palma. The landowner informed us about the mine when he found out that we were looking for caves, so we paid a visit this February. We managed to create a map of the interior parts, and marked bat colonies instead of gold treasures. For several hours in the cave, we described the specific features of the relief and microclimate and discovered that the cave was over 200 meters long and branched like a maze.  We also found two species of bats and an extremely rich invertebrate fauna. 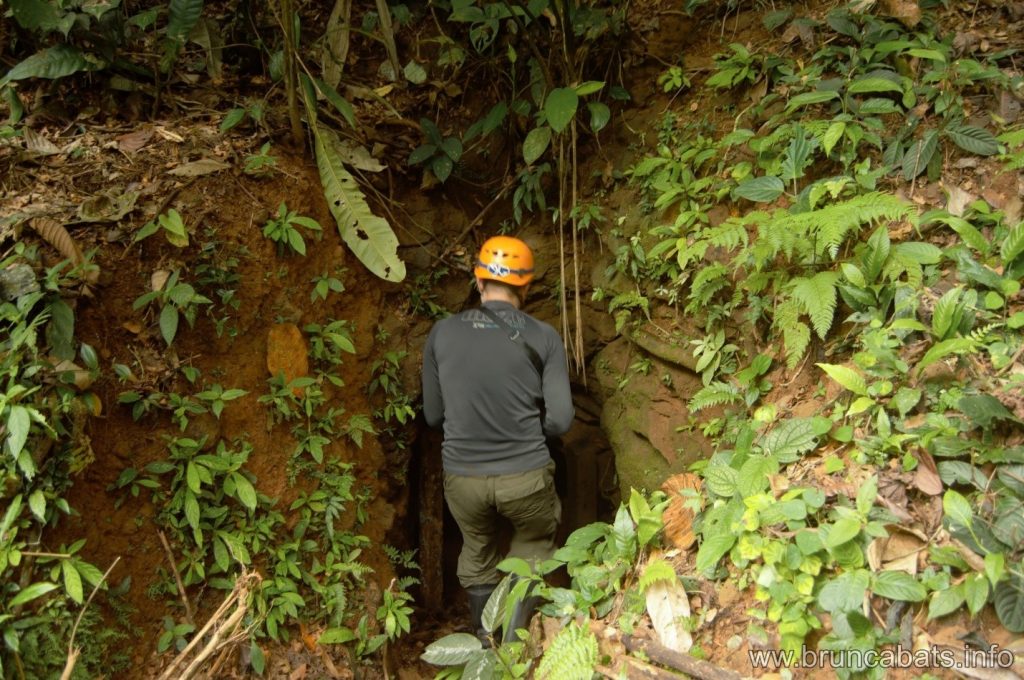 The narrow entrance of the old coal mine. 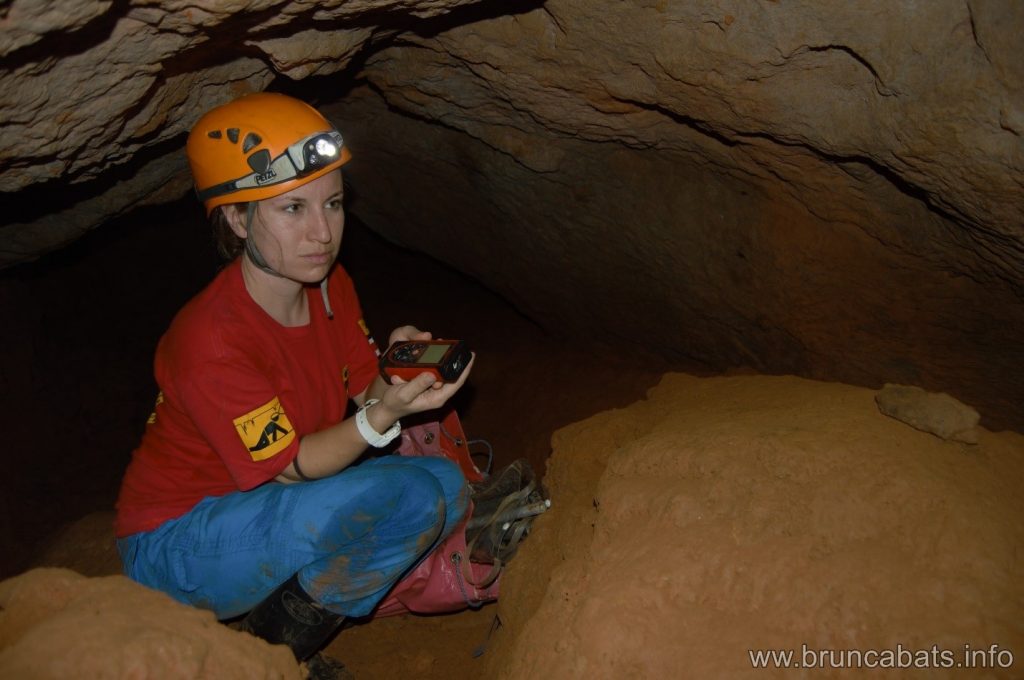 Mapping the gold mine.

Goose barnacles discovered in one of the marine caves. 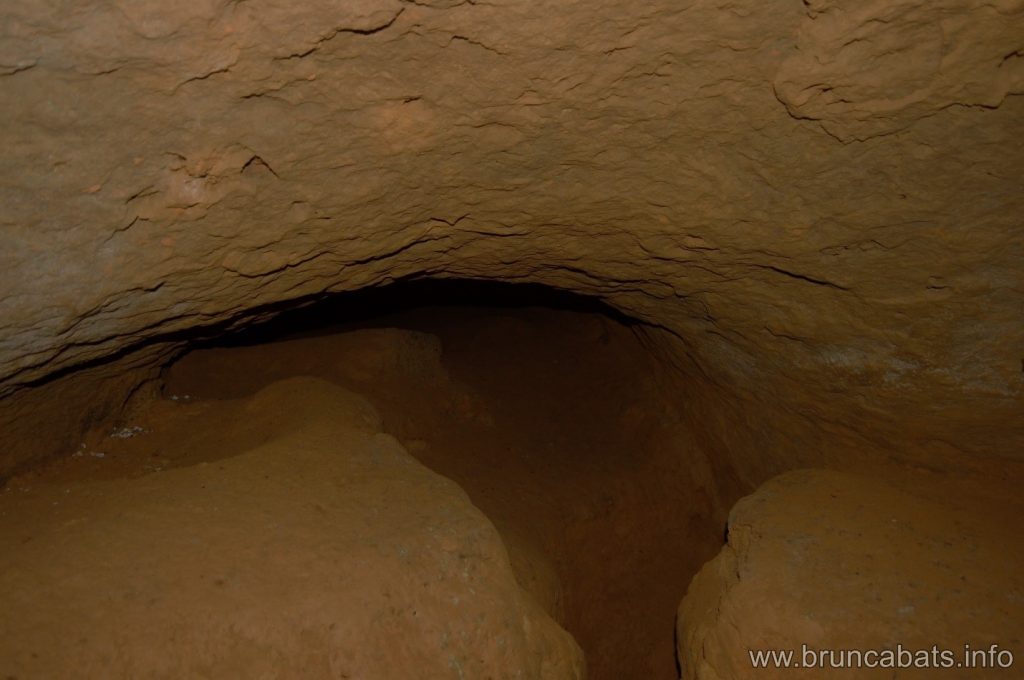 Next, we searched for sea caves on the west coast of Osa. On previous trips, we had known that these sea caves existed there, but we had not mapped them. So, after a few hours of hiking from the San Josecito beach, we set out to explore three caves. The cave near the Campanario research station shelters one of the biggest colonies of mustached bats in Costa Rica with several thousands of individuals from three species! 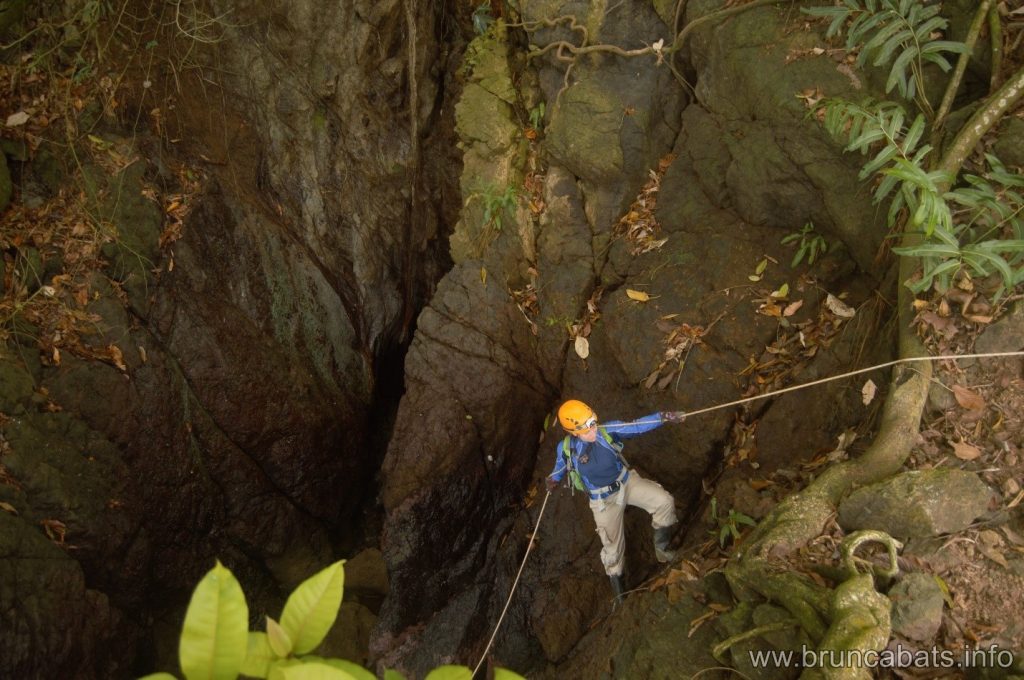 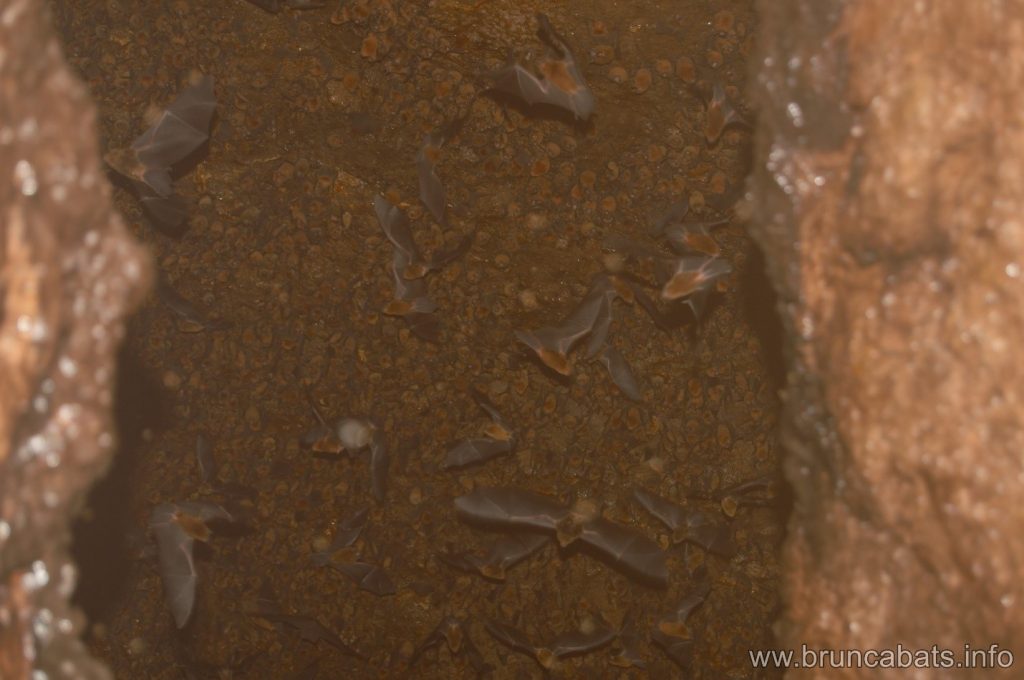 A bat colony in the marine cave. 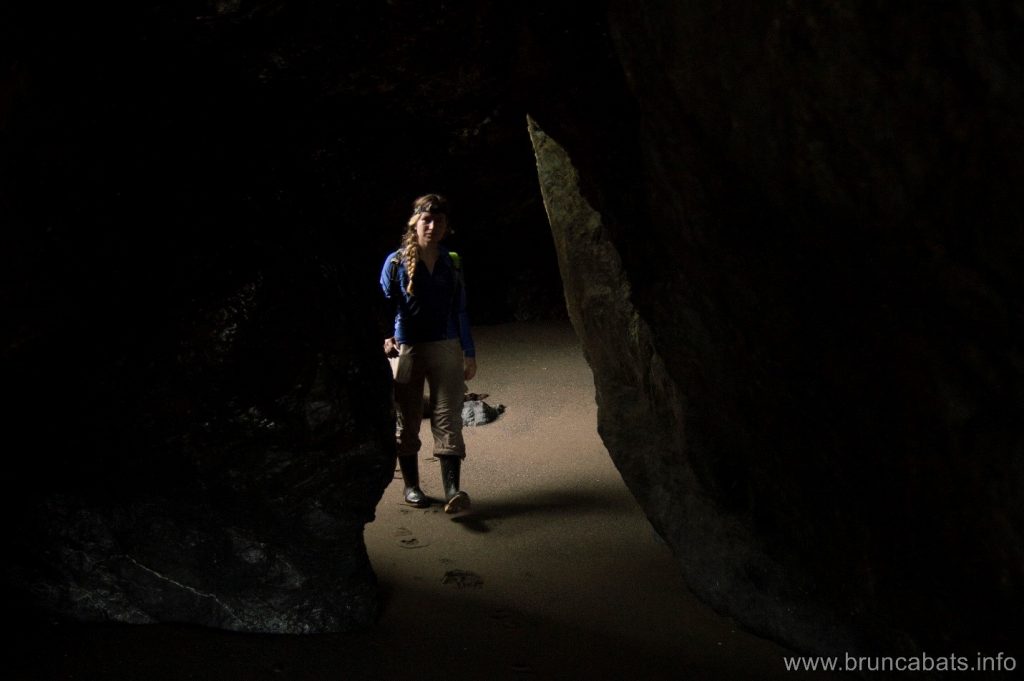 I found out from local people about a cave on Isla Violin. This island is hard to reach, but I managed to organize a visit, thanks to the people at Violin EcoLodge who helped me with the field expedition and took us to the cave by boat. The “cave” turned out to be an abandoned gold mine once again. And this time we were fascinated by the variety of bats we found—over 500 bats of 6 different species! Difficult access to the cave has kept the bats undisturbed from any raiders. On the floor of the cave, we noticed many invertebrates. During this expedition we found another cave on the island, located on the seashore. We rode horses to cross the island because our boat could not stand against the intense waves around the beach. After reaching the beach, we had to compete with the coming tide by jumping between waves and climb several boulders in order to reach the sea cave. Finally, we found the cave, but alas, there were no bats. We made a sketch and left, racing with the coming tide. 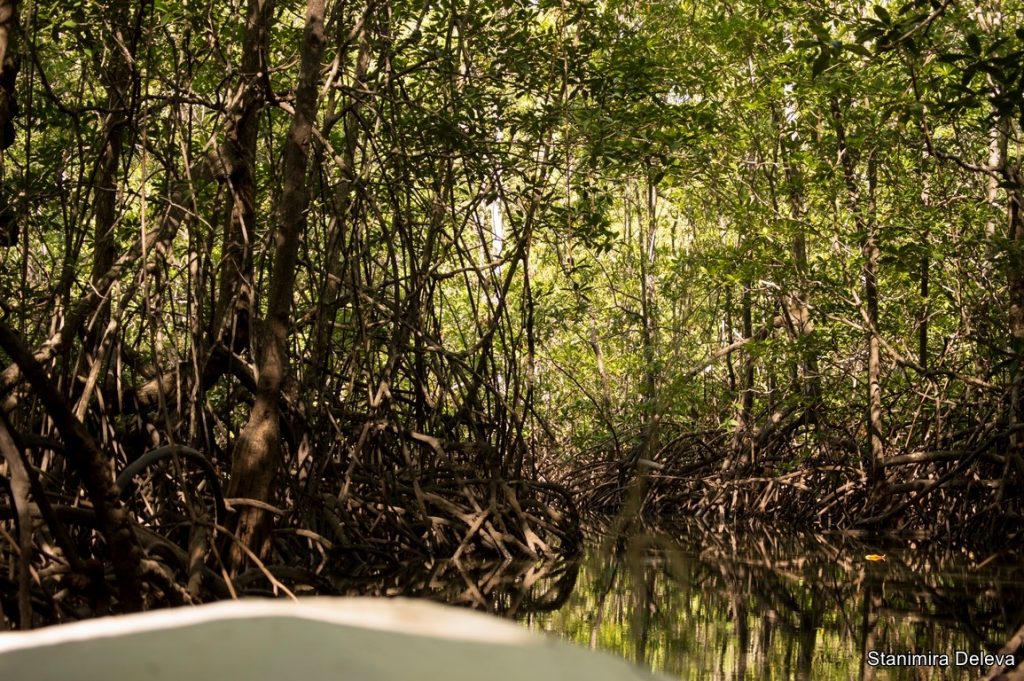 The boat ride through the mangroves was an adventure on its own. 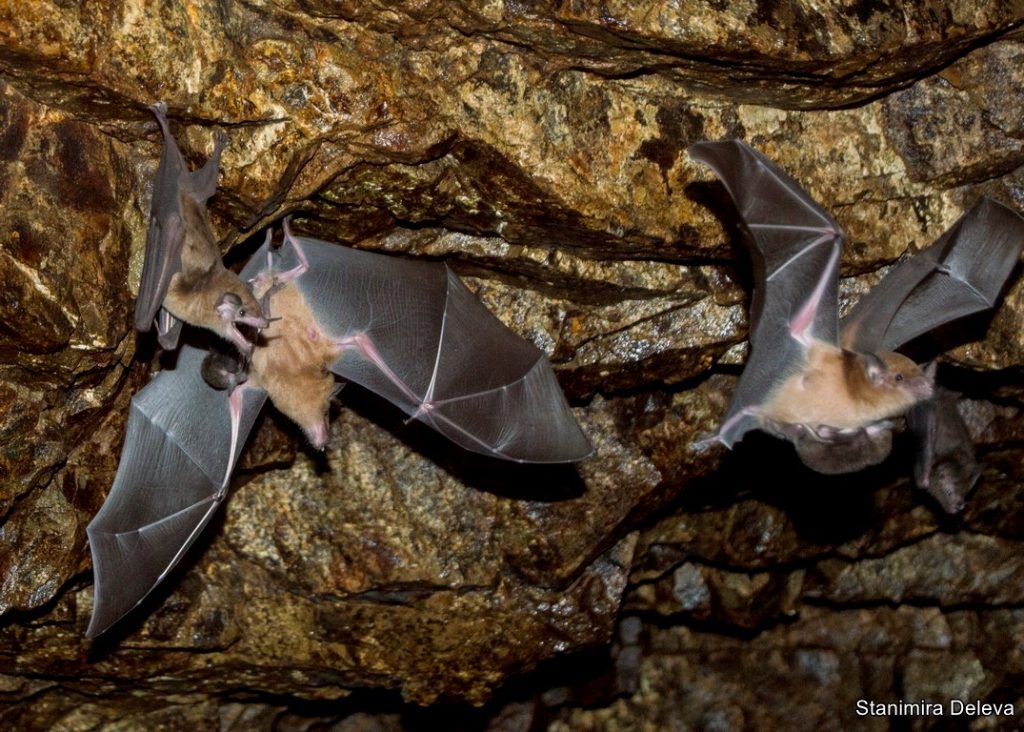 Bats in the Isla Violin cave. 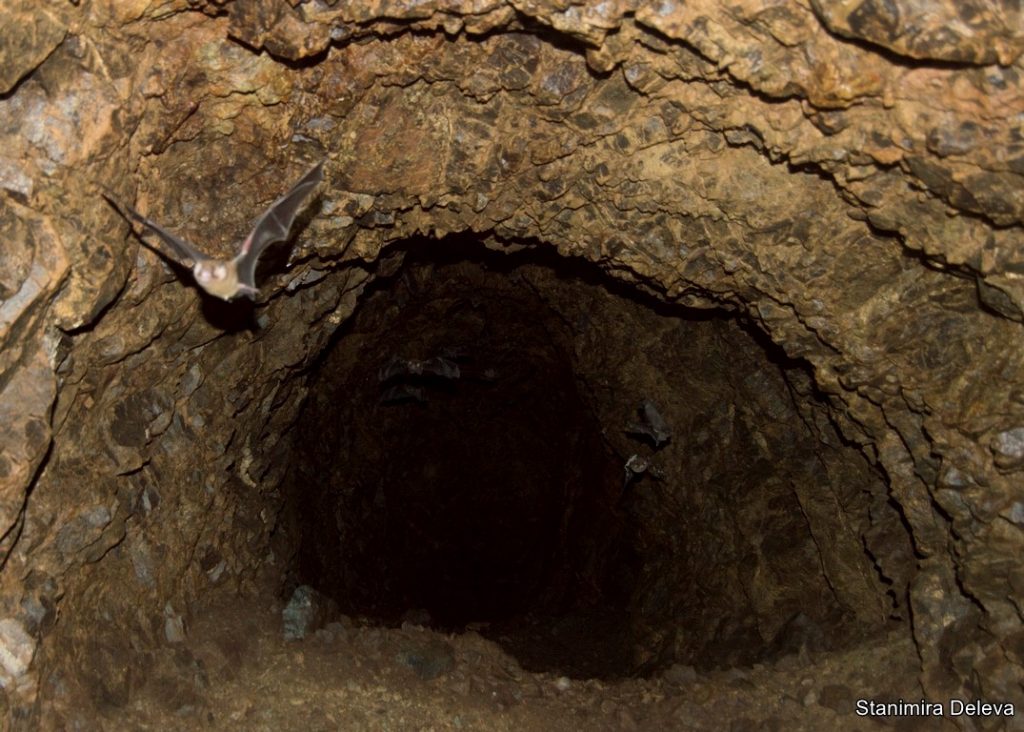 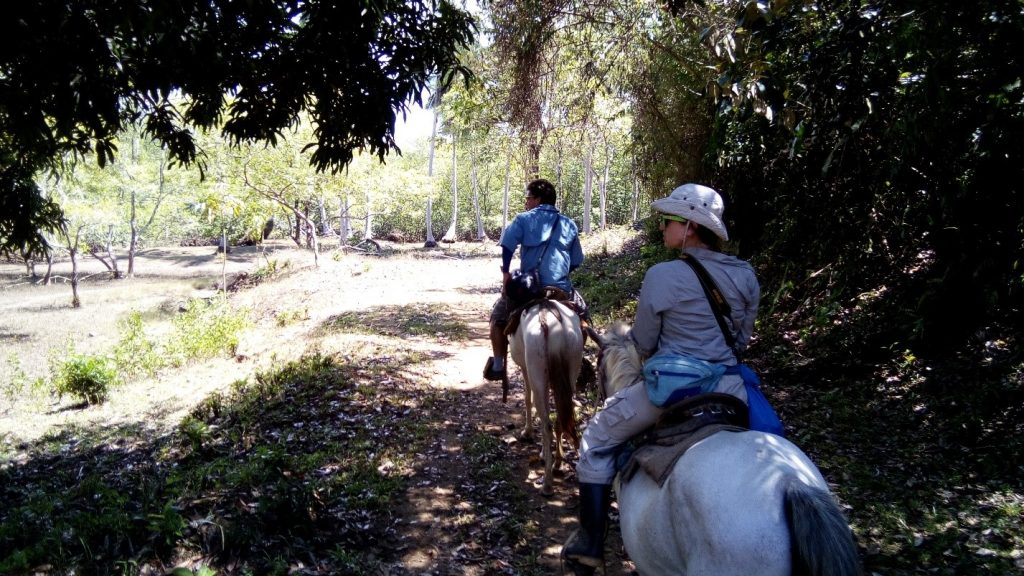 Crossing the island on horseback. 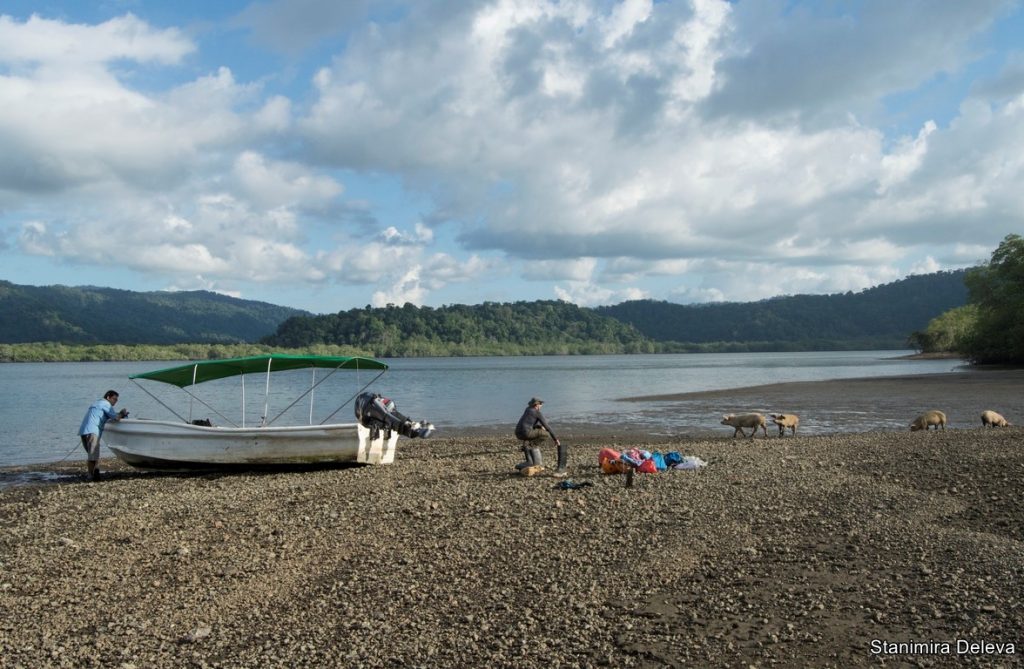 Our next plans are to explore the southern part of Osa around Sirena station, where we learned of another promising bat cave. We hope to find other hidden treasures!