It may be the world’s largest species of marine sea turtle, but it is also the most endangered sea turtle species, too. On October 16, 2014 we are delighted to announce that this critically endangered species still has the beaches of the Osa Peninsula as an safe nesting location. It’s gratifying evidence that all of the effort that have been put fourth to protect this majestic creature, along with the other six remaining species of marine turtles, have come to fruition – this is definitely another reason to keep fighting the good fight and continue on with our mission.

In 2004 the first nesting Leatherback turtle was spotted on the Peje Perro beach by Manuel Sanchez and Pablo Modena during a beach monitoring effort – since that year there has not been another sighting on the beach again. In 2013 it was identified that a leatherback turtle had laid one clutch in the 29th sector of the beach. Finally with much happiness we had another official sighting on October 16, 2014. Once again the sight chosen for nesting was on Peje Perro beach, and during the night patrol the tracks of a massive leatherback turtle were identified. Initially the tracks led to a false clutch nest site on sector 29 of the beach (the same site as the 2004 nest), but ultimately not but 500 meters away did the turtle attempt and succeed at the construction of a new nest to lay eggs in. 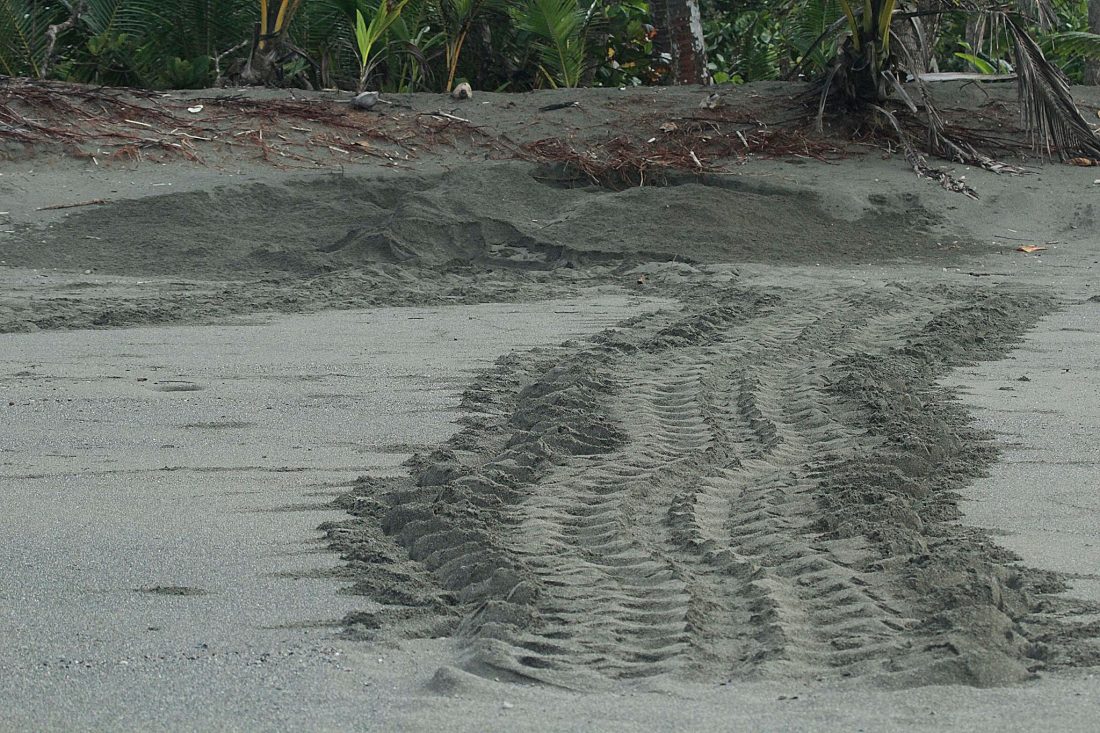