01 Aug Never Too Old to Be a Junior Park Ranger

Posted at 17:50h in Uncategorized by Intern Osa Conservation 0 Comments

It was a windy fall day when I joined a group of budding field researchers and nature enthusiasts to visit the Rocky Mountain National Park for the first time. As we hiked the trails, I was in constant awe of the breathtaking front-range views and the abundant wildlife, ranging from elk to butterflies to marmots to hummingbirds. But it wasn’t just the wildlife that left an impression on me.

As I was browsing the gift shop before leaving, I happened upon a Junior National Park Ranger induction ceremony that was taking place. As the middle schoolers received their badges, I could see how proud and excited they were, and imagined how happy I would have been if, at age 11, I could help protect the incredible ecosystem I had just walked through.

Flash forward, I’m at another Junior National Park Ranger induction ceremony. This time, however, the students are Costa Rican, and they are joining the Guardaparque Junior program. Modeled after the U.S. Junior National Park Ranger program, Costa Rica’s Guardaparque Juniors program teaches students to “Explore, Learn, and Protect!” national parks and reserves in Costa Rica. The program aims to form the next generation of community leaders and conservationists by educating them on the complex interactions between society and the environment. The National System of Conservation Areas (SINAC) is spearheading this pilot program with the support of local non-profits, including Osa Conservation. 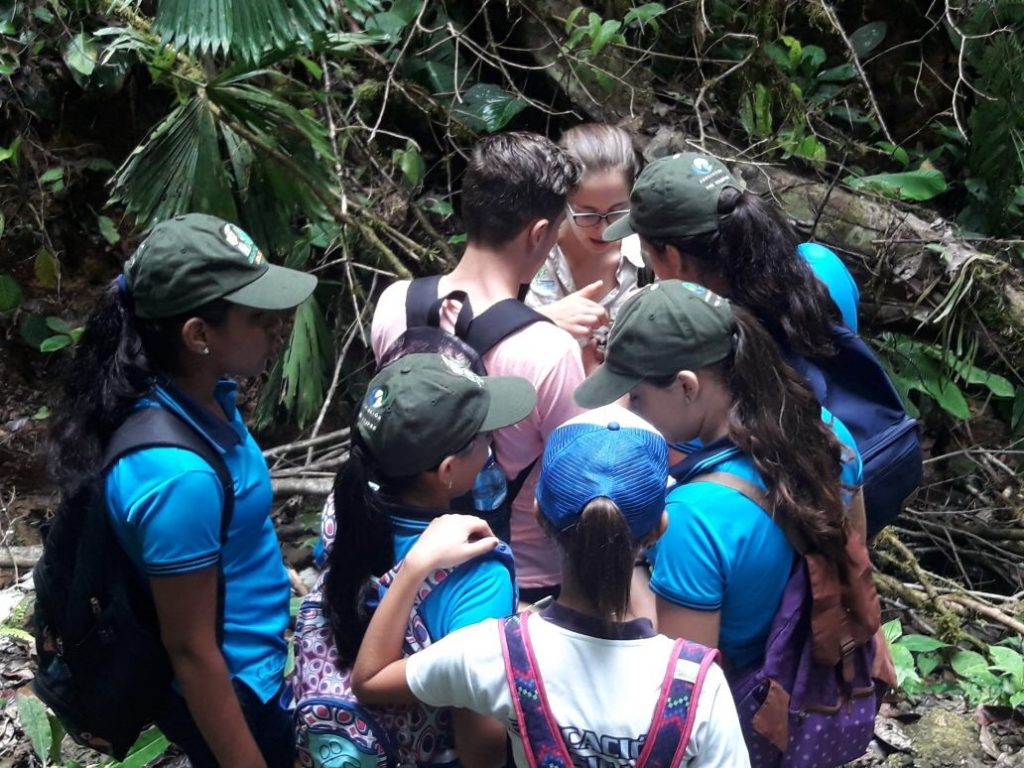 Hilary teaches Guardaparque Junior students to identify macroinvertebrates, mini might-beasts whose diversity indicate river health, in the river that provides most of the water for the La Palma aqueduct system.

The first workshop for Guardaparque Juniors from La Palma High School focused on freshwater, from montane forest streams to home taps. Because freshwater conservation incorporates ecological study with social, economic and political factors, we at Osa Conservation thought it would be a good way to introduce the students to complex conversations about conservation. To illustrate how freshwater conservation affects their lives, administrators of ASADA La Palma (local aqueduct administration organization), SINAC and I took the students to the source of the stream that provides water for most of the La Palma area. I felt like a Junior Park Ranger myself as we trekked through lush old growth forest to reach where the stream fed into holding tanks and an automated chlorination system—the source of the water whenever the students turn on the taps of their kitchen sinks at home. 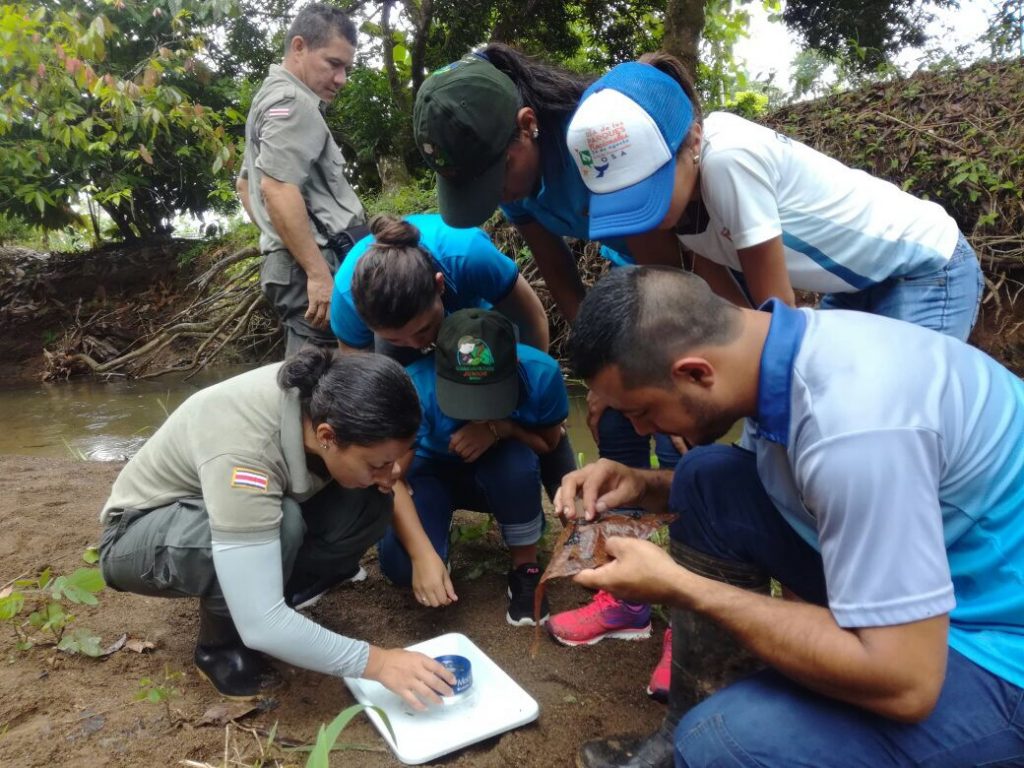 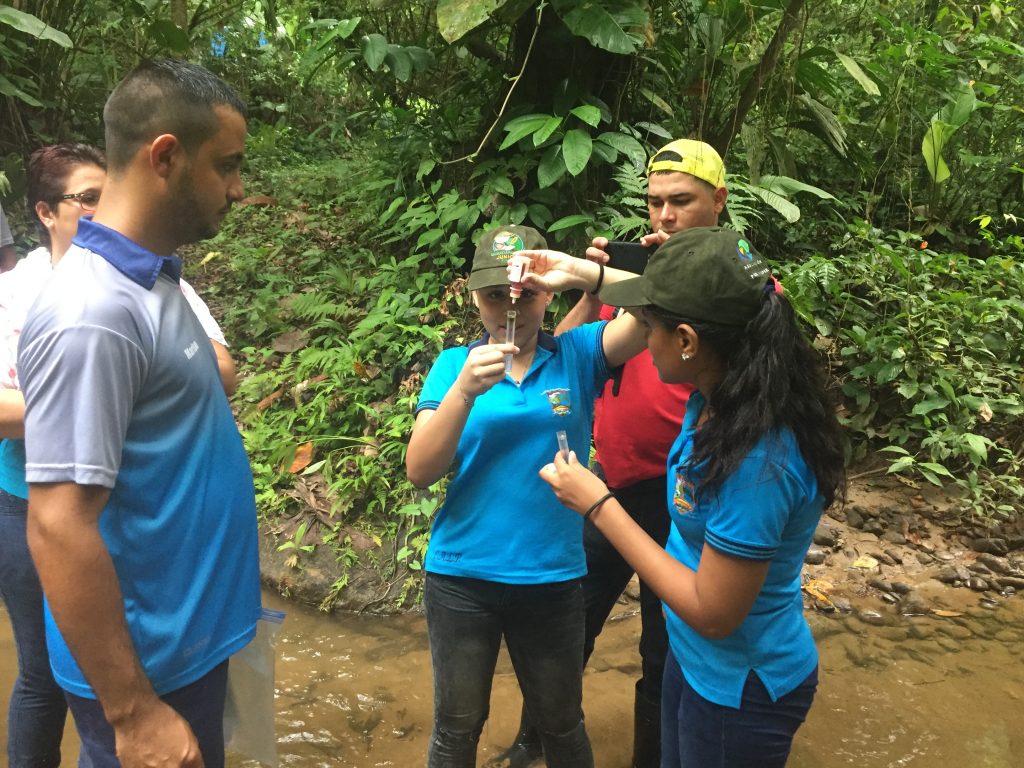 Guardaparque Junior students performed a pH test and found that the river water chemistry was neutral, which is in the healthy range.

To confirm the health of the stream, the students and I worked together to analyze the water chemistry and searched the rocks and leaf litter for macroinvertebrates, insect larvae and shrimp whose diversity indicate the health of the river. Then we followed the river downstream as it passed through cattle pasture and the bustling center of La Palma, where we repeated our mini-experiment. We found significantly lower macroinvertebrate species richness, which demonstrated how the river is adversely affected by deforestation and urbanization. 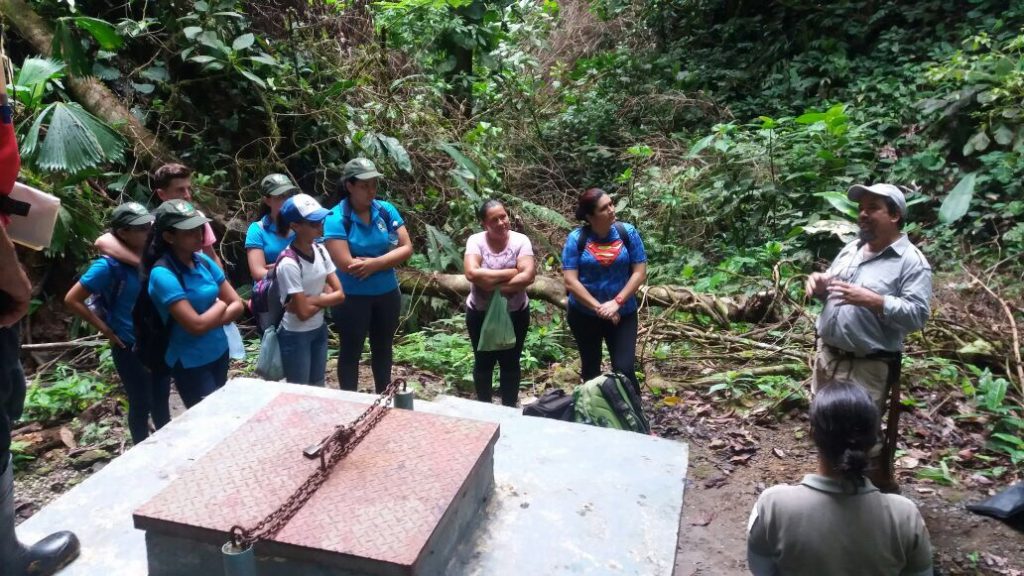 Programs like the Guardaparques Junior and the Junior National Park Rangers are essential to nurturing the next generation of conservationists because they engage students and bring them outside. By the end of our workshop, the Guardaparque Juniors had a new perspective of how the health of the river and the health of La Palma’s residents are inextricably linked. The next time they turned on the tap, it would be with the understanding that they have a part to play in keeping their town’s water clean and preserving the health of the forest that provides it.