Posted at 20:41h in Uncategorized by Renee McKeon 0 Comments 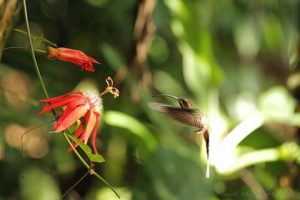 The world has recognized that there is a new major environmental concern: the decrease of multiple bee species. This is extremely concerning because of the vital roles bees play in pollination. However, bees are not the only species suffering – there is an overall decrease in pollinators. Other such pollinators include butterflies and some species of vertebrae (hummingbirds, bats, etc). The U.N. has shed some light on the dilemma in a recently released report that analyzed 3,000 scientific papers. From the reports, they concluded that 40% of invertebrate and 16% of vertebrate pollinator species are at risk for extinction.

Pollinators are important from two main standpoints. First, food security is weakened when there are fewer pollinators. One third of all agricultural output depends on pollinators. The UN report found that 75% of the world’s food crops depended, at least partly, on pollinators. This statistic translates into $235 billion to $577 billion worth of global crops being affected. Such crops include chocolate, coffee, apples, and almonds. Sadly, these impacts are not just projections for the future, they are happening now. China, for example, has already experienced food insecurity because of the sharp drop in pollinators from pesticides. To try to counteract these impacts, they have resorted to hand pollinating the apple trees. The impacts are also visible domestically. In California, many farmers needed to rent bee colonies to ensure that their almond crops remained healthy. These effects will negatively impact food prices as a whole, especially in developing countries.

Pollinators play a vital role in the food chain and support a habitat’s biodiversity. When plants are not pollinated they are unable to reproduce and this inability causes plants to produce less and eventually to go extinct. Plants serve many important purposes for the environment and their extinction would be catastrophic. They are used for medicine, decreasing erosion, as well as being the beginning of the food chain as energy for primary producers.

The UN cites many reasons for why the pollinator populations are decreasing. All of them appear to be human related. IPBES Vice Chair Robert Watson found that the primary causes are due to “changes in land use, intensive agricultural practices and pesticide use, alien invasion species, diseases and pest, and climate change”. The intensive agricultural practices are replacing more sustainable indigenous practices which help to protect numerous habitats. Then, there is also the issue of global trade allowing for the spread of invasive species and diseases.

However, there are possible solutions to this dire situation. We need sustainable farming practices to ensure a healthy pollinator ecosystem and secure food production. Both directly impact our well-being and health. There are such options such as pesticide control, which is relatively easy to do. The UN report also cites options such as adopting indigenous and local farming techniques, with an emphasis on diverse habitats for sustainable agriculture, crop rotation, reduction in pesticides, and improving bee husbandry.