Posted at 19:18h in Uncategorized by Intern Osa Conservation 0 Comments

The daylight was rapidly disappearing, as we clambered through the thick undergrowth, over vines and palm leaves bigger than me, then across a muddy stream and still more dense brush. Then, we heard it again –  a long, mournful series of calls that sounded like a child laughing, or perhaps crying, in the distance. We all stopped, holding our breath; the only sounds were the omnipresent croaking of the frogs and the pumping of our excited hearts.

Then, as casually as if he were pointing out a Balsa tree, Manuel said, “There it is,” as he pointed into the canopy of a large tree overhead. Sure enough, the Common Potoo that two other young eager birders and I had been seeking was sitting calmly on an overhanging branch high above, perfectly camouflaged against the bark in its mottled gray plumage. The potoo, which is a nocturnal bird related to nightjars and nighthawks, was just starting to wake up from its daily snooze as the light began to fade. This was just one of the many exciting moments from several weeks of intense birding around the environs of Osa Verde Lodge and Osa Biological Station. 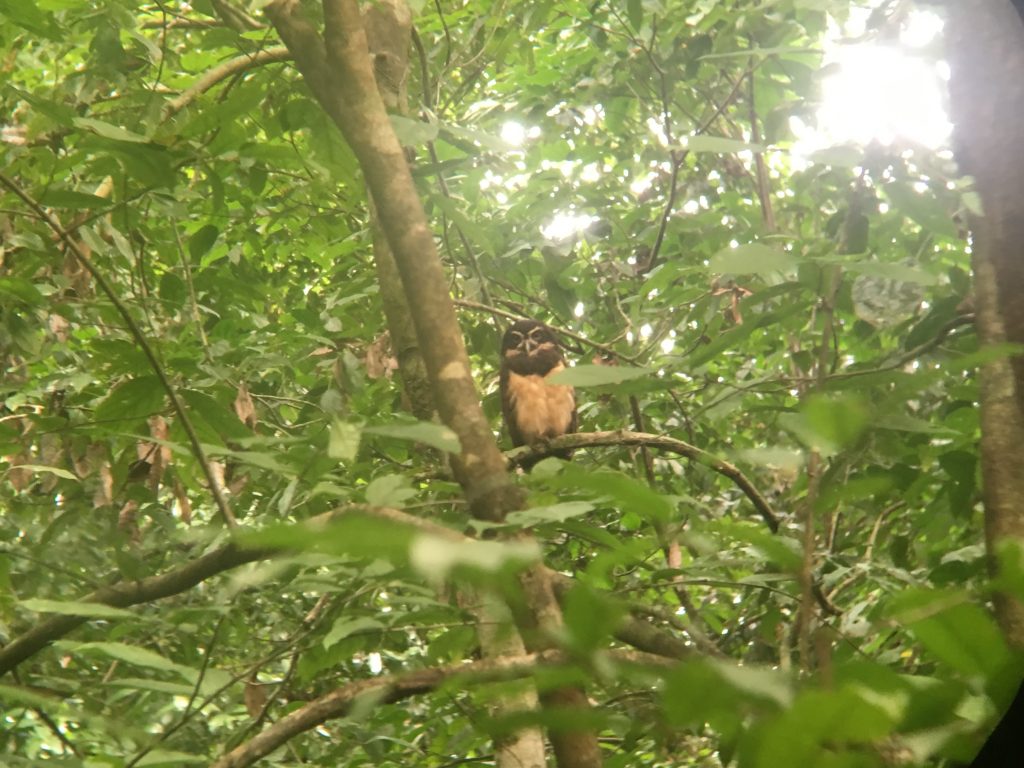 All of this birding was part of a citizen science project through Osa Conservation and partner National Geographic Eco Lodge Lapa Rios in order to establish a set of long-term point counts for bird biodiversity. We would pick spots in certain areas of the property around the lodge – including the primary and secondary forest, our restoration experiment plots, and open garden areas –  and we would record all of the bird species we could see and hear at that spot. This information was entered into eBird, a global database of bird sightings contributed by everyday people. Scientists then use this data to track movements of certain species, map distributions of birds in different places, and define key areas for species of conservation concern that need to be protected. 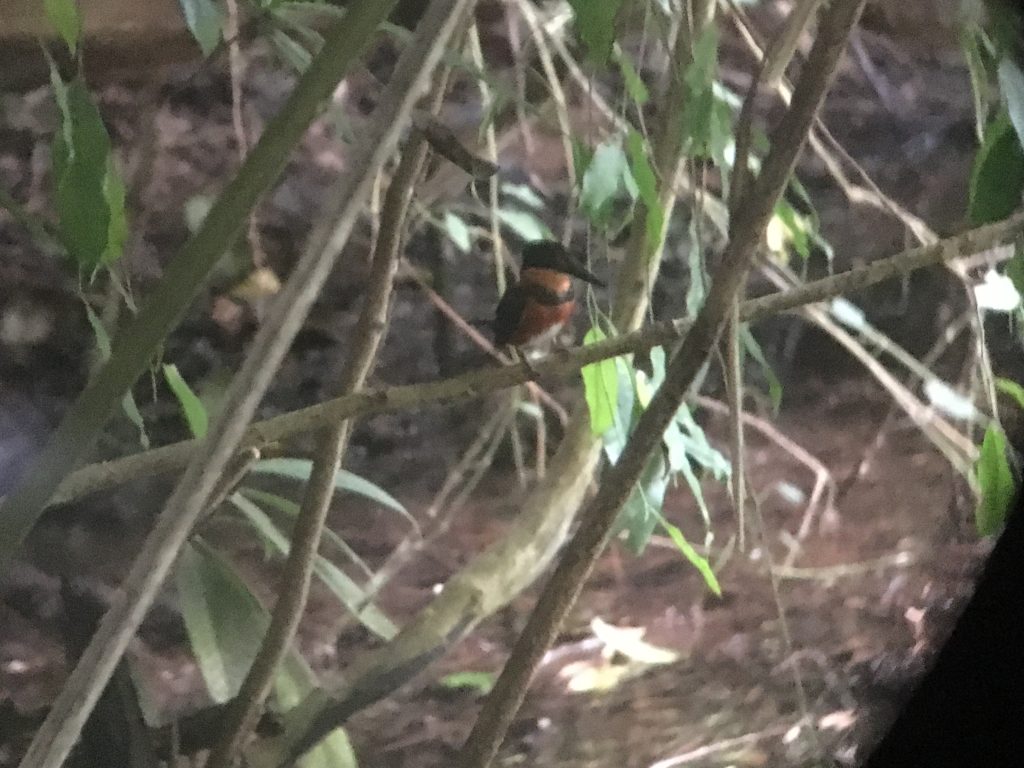 Throughout several weeks of conducting point counts, the other interns and I had many exciting discoveries like the potoo. Whether it was a Spectacled Owl perched up along the Tangara trail giving deep resonant hoots, a tiny American Pygmy-Kingfisher twittering above the swamp on the Discovery Trail, or a Tamandua snoozing in a small tree along the trail, there were always new and amazing things to find while interning at Osa Conservation. 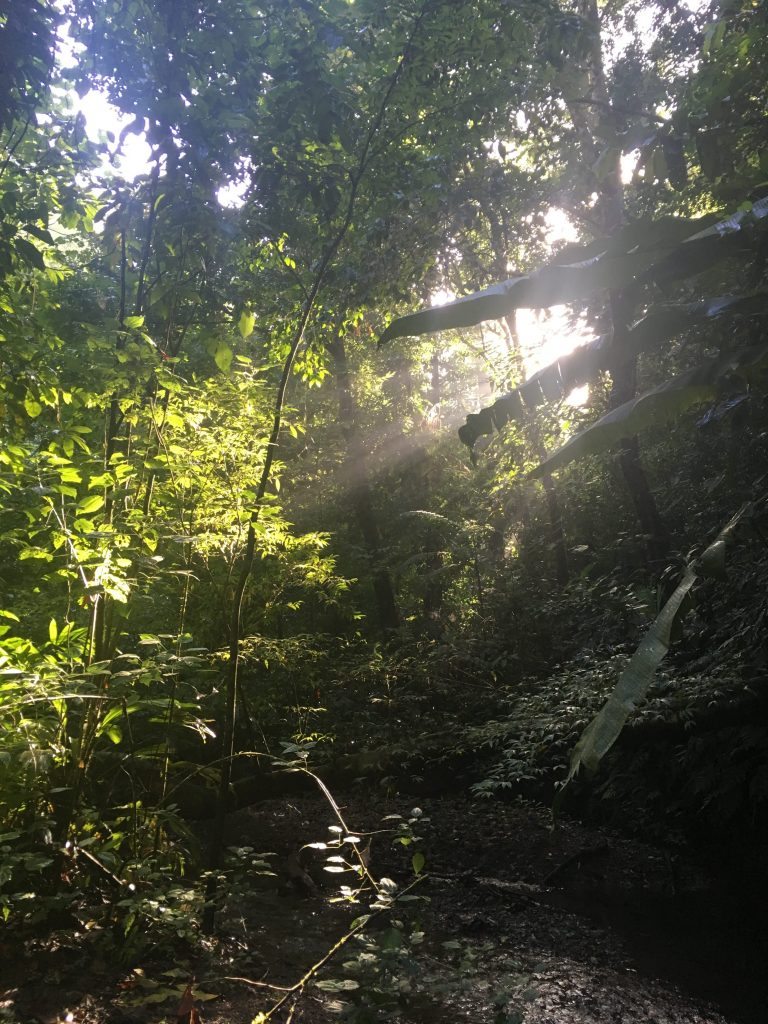