Posted at 16:00h in Uncategorized by Intern Osa Conservation 0 Comments

It’s 5:30 am and the sun is rising above the Dry Forest of Guanacaste in northern Costa Rica. Researchers in Naranjo beach in Santa Rosa National Park in Guanacaste Conservation Area are getting ready to survey the beach. They walk along the shore looking for evidence of the presence of jaguars. Unlike in the Osa, at this beach it is common to encounter tracks left by jaguars who patrol the beach looking for prey. 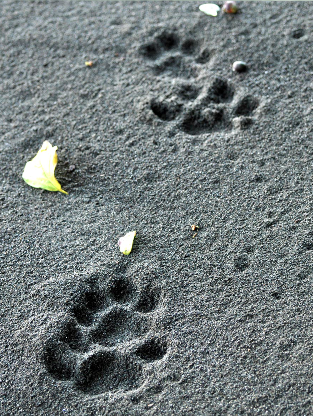 Not many people know that sea turtles are a common prey for jaguars. Sea turtles are quite fast and agile animals in the ocean, but quite slow and clumsy on land. So when the females come to lay their eggs on shore, they are quite helpless, making them perfect prey for a jaguar.

In order to track this type of activity, researchers walk along the beach often in the mornings, documenting tracks of sea turtles who came to shore the night before. Researchers can not only tell which sea turtle species were present based on their tracks, but even more importantly, whether or not the turtle returned to the ocean. With no clear return path, it is likely the turtle was predated the night before and the researchers will then begin their search for a carcass as proof. 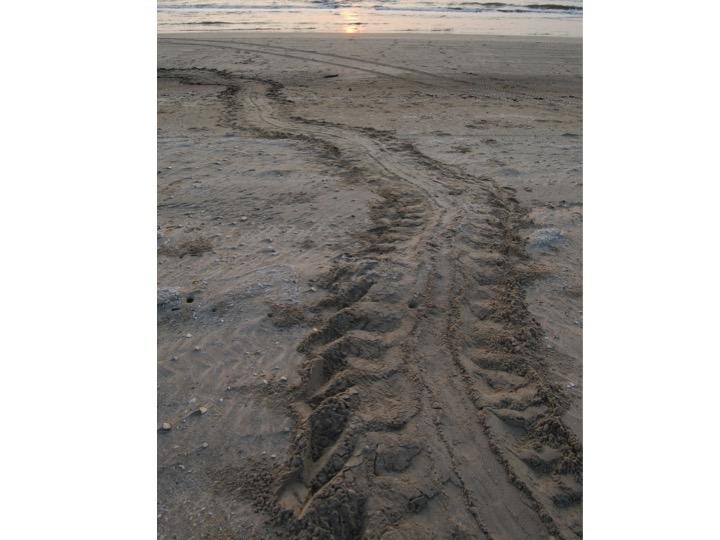 Guanacaste Conservation Area is one of the few places in Costa Rica where sea turtle predation by jaguars has been reported, as well as Tortuguero and Corcovado National Park. In fact, our neighbor, Corcovado National Park, was the first place where this phenomenon was reported. In the 1990s, researchers found that jaguars in the park changed their behavior, transitioning from diurnal to nocturnal during certain times of the year, which happened to coincide with the peak times for sea turtle nesting at the beaches in the area! This change suggests that sea turtles are a regular natural prey for jaguars and probably have been for thousands of years. 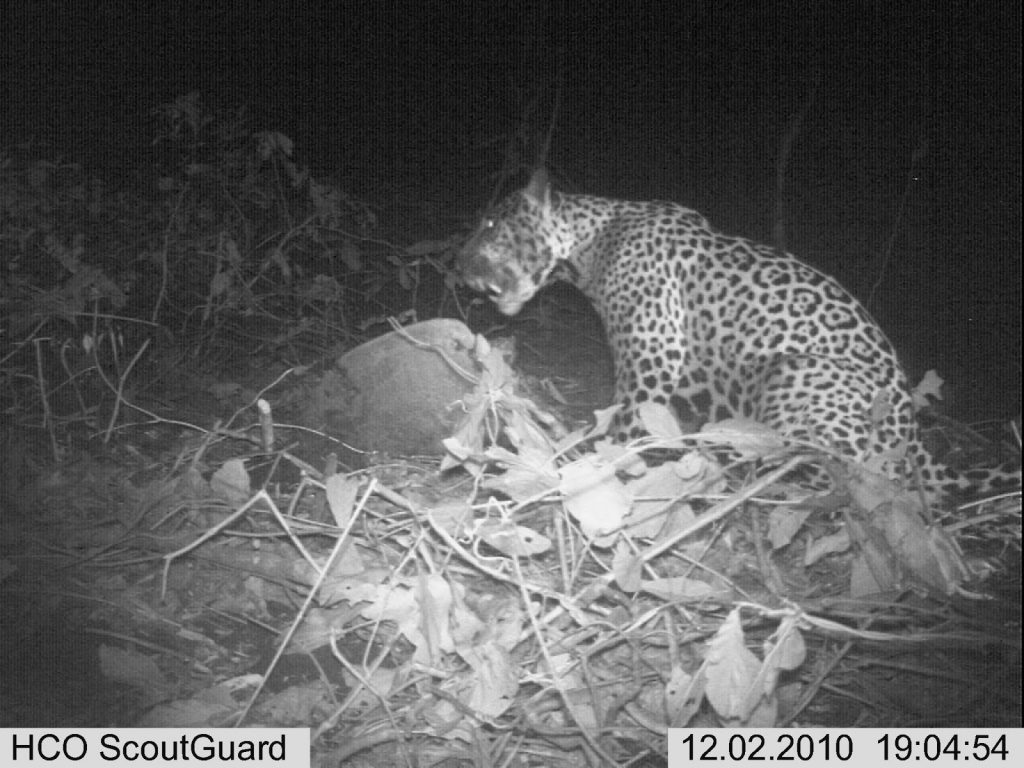 A camera trap picture of a jaguar with its olive sea turtle prey on Naranjo beach in Guanacaste Conservation Area.

Even though sea turtle predation is common along areas where jaguar distributions overlap with sea turtles, this natural predation does not represent a serious threat to sea turtle populations. Jaguars take about 30 turtles per year in Guanacaste and about 20 per year in Corcovado. Jaguars are also the only big cat known for this behavior, probably because they have the strongest bite among all the big cats, and crushing the turtles shell demands great strength.

It is now eight in the morning back in Guanacaste and researchers have just found a green sea turtle that was recently killed. After identifying the species, taking photographic records, and collecting shell measurements, researchers mark the shell as to not count it again in future surveys. Finally, they set up camera traps on site in hopes of identifing the jaguar that will come back to feed later that night. 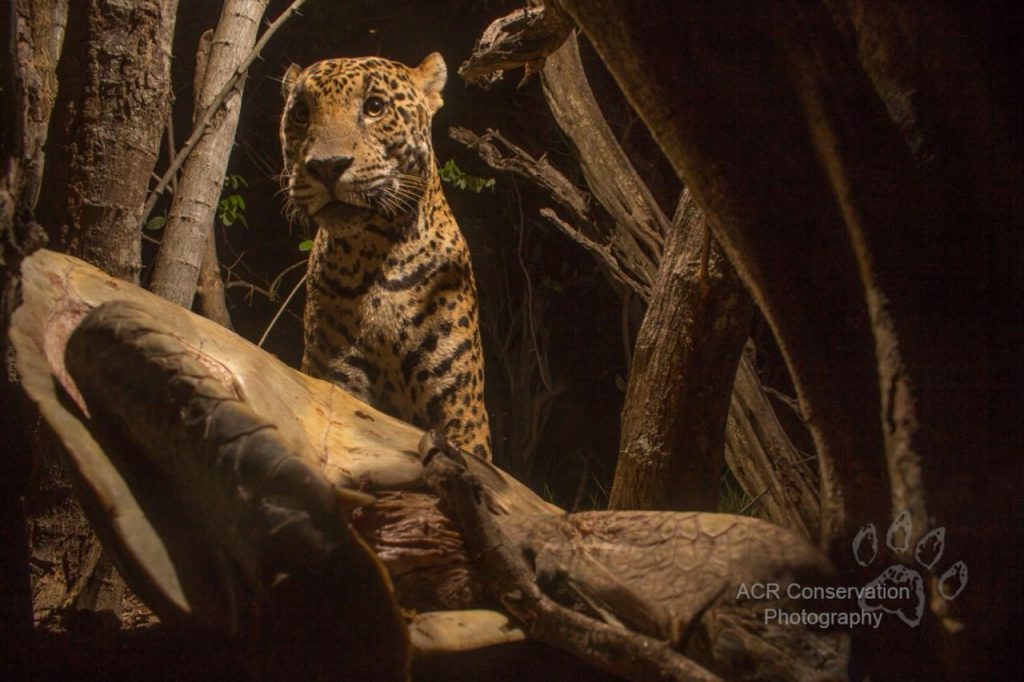 While this specific jaguar behavior has only recently been studied, it has brought new and exciting information about variables that might explain other behaviors about jaguars, including habitat use and even tolerance of other jaguars in the same site. Such research is also helping to create awareness of the delicate balance of ecosystems and how species that may seem to be very different depend highly upon one another within the ecosystem.

Osa Conservation has collaborated with Corcovado and other national parks and partners as part of the Osa’s Camera Trap Network. Camera traps help research projects like these to collect evidence and learn more about the behaviors of Costa Rica’s wildlife and wildcats. To learn more about the Camera Trap Network and the work that Osa Conservation does to study and protect jaguars and other big cats, click here.