Most of us never think past the walls of the grocery store when it comes to our food. And, we definitely don’t often go as far as to think about the practices used to produce it. Yet, in an ever modernizing world, we should stop for a moment to question what really goes into making the food that we eat every day and ask ourselves, “What’s the deal with sustainable agriculture?”

In the United States, the amount of farms has drastically decreased as yield from industrial farms skyrockets. The goal of modern industrial agriculture is to increase output produced while also decreasing costs. The main issue with industrial agriculture stems from the negative externalities created when companies are focused on this goal.

A negative externality means that the cost shown on the price tag of food we buy does not represent the true cost to society. These added social costs include things like health risks and environmental problems. The false sense of price causes people to consume more than the socially efficient levels of outcome. Basically, we are lured into over consumption, and nothing acts as a deterrent from buying products that have negative health and environmental effects.

For now, we will focus solely on the environmental effects of industrial agriculture, and there are plenty. 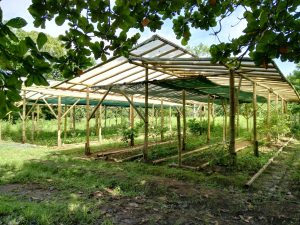 First, fertilizer use has increased dramatically in recent years, but the products are no more efficient. Only around 1/3 of the nitrogen in fertilizer gets absorbed leaving the rest to enter our runoff. Among other things, excess nitrogen in runoff creates dead zones in waterways.

Dead zones are areas in which oxygen is depleted and nutrient rich water allows for algae blooms. This causes not only asphyxiation of marine life, but can also impact reproduction and longevity of wildlife.

Pesticides cause similar issues with their inefficiency. Only about .1% of pesticides reach their target species! That means 99.9% of the pesticides we use cause unwanted damage. Chlorpyrifos, for example, is used on bananas grown in monocultures. While the amount of the pesticide found in the bananas is often low, communities and ecosystems around the farms exhibit extremely high levels of the chemical.  This damage includes disrupting delicate predator-prey balances. Pests (the prey) often recover much faster from population declines caused by pesticides than predators such as birds. Pesticides also are a suspected major cause in the decline of honeybees because they weaken their immune system and disrupt reproduction. 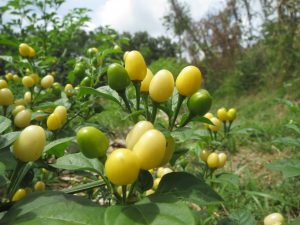 Some of the increase in pesticide use can be attributed to the reliance on monocultures. When breeders attempt to make disease resistant crops under time constraints, they often cross breed plants isolating one resistant trait instead of the complex web of traits that is the cause of a species disease resistance. Because of this, diseases are able to evolve at a faster rate exacerbating the need for new varieties of plants and pesticide use. Monocultures intensify this need creating a vicious cycle.

Today, we rely on monocultures mainly to feed our livestock; 66% of grain production in the United States goes directly to livestock. The same amount of land, when used to plant legumes, can produce ten times the amount of protein.

Meat can also be tricky to produce.  One common inefficiency of meat production is the exorbitant amount of water it requires- almost 100 times the grain equivalent in protein. 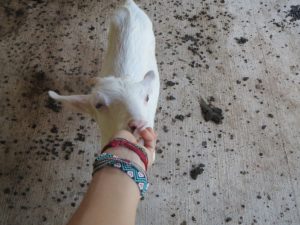 Water use in industrial agriculture is becoming an increasingly threatening problem. Around two-thirds of water worldwide goes directly to agriculture leading to the rapid depletion of aquifers. Similarly, the EPA states that 70% of stream and river pollution in the United States comes directly from agriculture.

Sustainable agriculture is the production of food using practices that protect the environment and may even promote benefits such as increased biodiversity. 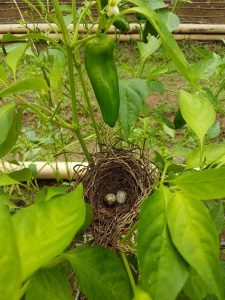 At Osa Conservation’s wildlife-friendly farm, we make conscious decisions to ensure the sustainability of our farming practices.

One major sustainable practice that we implement is growing native crops that support the local ecosystem. Planting a large variety of local crops helps suppress weeds, which then reduces the need for harmful pesticides. It also means that crops can thrive in local soil without the use of fertilizers.

Keeping the farm substance-free is especially important because of the integration of crops and livestock. This practice is said to reduce soil degradation because manure from livestock continuously stimulates soil fertility. Further, integrating crops and livestock ensures that no failed harvests or crops go to waste. This not only means happy animals, but happy farmers too! 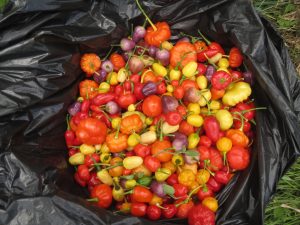 Another important task of our sustainable farming is to carefully care for our soil. Among other techniques, Osa Conservation uses reduced tilling methods, such as through the use of compost and biochar. Not only does biochar contribute to carbon sequestration, but it helps transform agriculture waste into soil.

It is hard not to support sustainable farming when you consider the differences in the environmental impact. At Osa Conservation, we are incredibly proud of our wildlife-friendly farm, and not just because our food is delicious!

If you’re looking for a once in a lifetime opproutunity to be a part of the sustainable agriculture movement, come volunteer with our program in the Osa. Learn more about it here!