Posted at 19:54h in Uncategorized by InternUser Osa Conservation 0 Comments 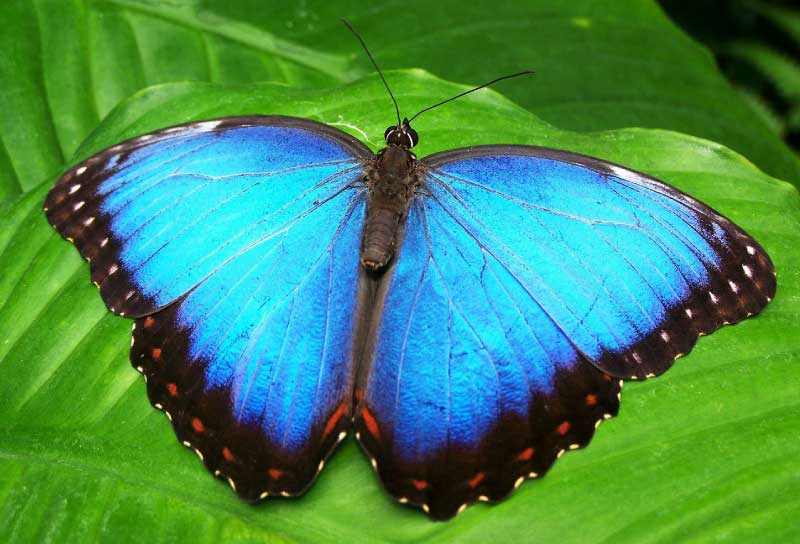 This is a Blue Morpho Butterfly. This butterfly lives in tropical and neotropical (which are slightly drier) rainforests in Mexico and Central America, and throughout South America.

Although this butterfly looks blue, it has no blue pigment. It appears blue because of how its wing scales are structured. The wing scales are made up of cells that are shaped like Christmas trees. When light bounces off the “branches” of these cells, some of it bounces off the top and some off the bottom of each branch. The colors within the light waves then intersect and cancel out so they don’t reach your eye, except for blue light.

The wavelength of blue light is the perfect size so that when it bounces off the “branches” the waves travel parallel to each other and reach your eye.

But that doesn’t give them their incandescent blue. That’s because the scales also have cells that absorb green and red light to make it even more blue.

I Built a Cat at Osa Conservation 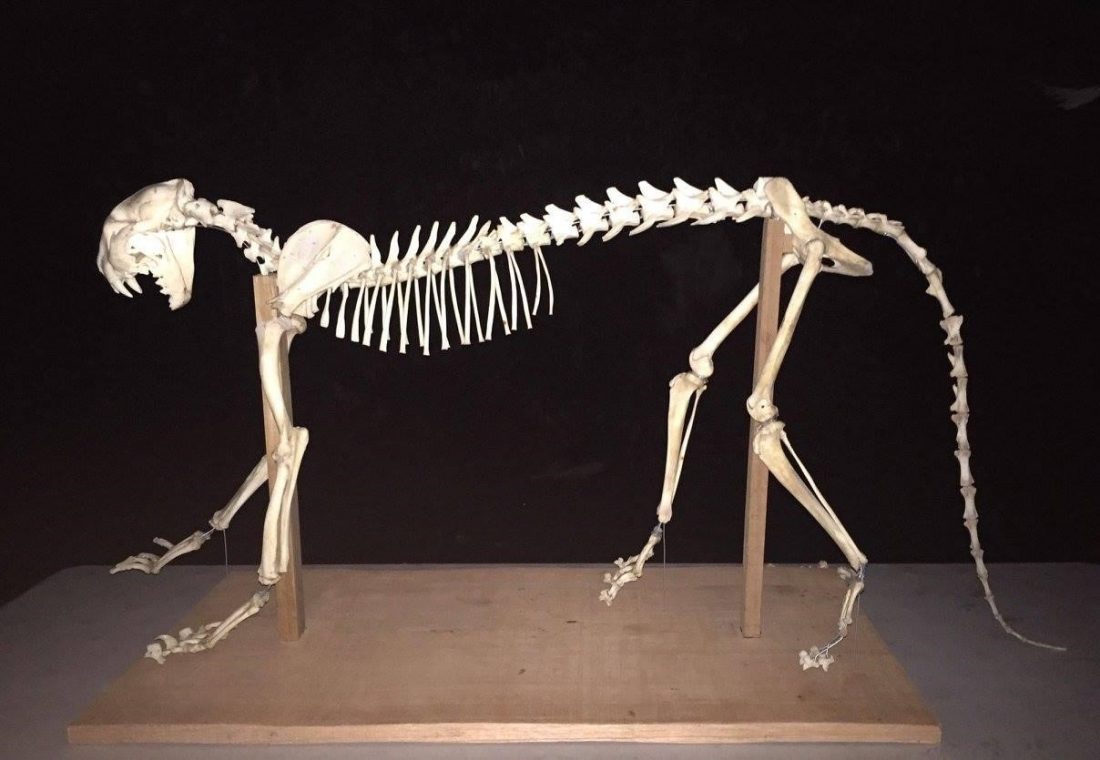 While my family and I were with Osa Conservation, we built a puma skeleton that was found in a tree. The puma was a juvenile. The people who found it think that maybe this puma was hunting a bird or monkey, then it slipped and caught its neck in a “V” of the tree where it died.

While we were building the skeleton, we learned a lot about the anatomy of cats and how perfectly all of a cat’s bones fit together. We also saw that the front foot was larger than the back foot. Also, behind the rib cage and ALL the way to the pelvis there are no bones! It was also really cool that because the puma was climbing when it died, I could see the retractable claws!

The following week, we were going to construct a Tamandua Anteater skeleton that Juan Carlos had buried a couple years ago, but we couldn’t find where he had buried the bones or perhaps something had moved them!